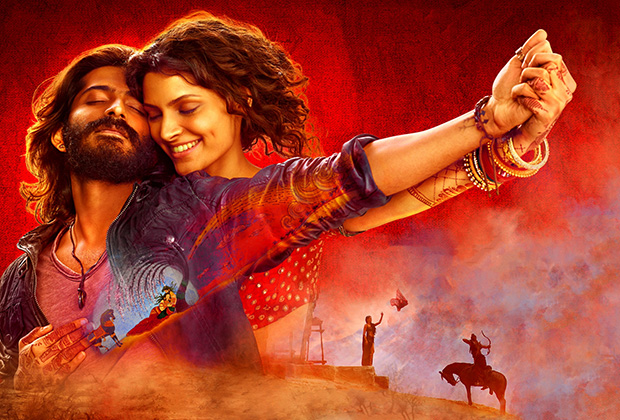 Interestingly and curiously, and these are feelings that propped up repeatedly as I watched the maverick moviemaking magician Mehra’s fifth directorial pilgrimage into the mysteries of cinema—Mirzya doesn’t mention its debut making lead pair as ‘Introducing’…

That’s because continuity and renewal are critical to Mehra’s vision of cinema. He moves, no… he glides, from one era to another without punctuation marks in pursuit of that uncorrupted core of humanism which makes life worth living even in the worst of times (and honestly, it can’t get any worse than now, can it?).

Mirzya is a very simple yet extremely layered love legend. The lovers here, face what lovers everywhere have faced since love was discovered in the human heart. As in Rang De Basanti, Mehra creates two level of storytelling, one that is situated in the present times with the lovers going through the love tropes with a kind of gentle persuasiveness that makes destiny seem charmingly welcome, and the other love story that unfolds in a snow swept landscape of the past with a fatal fury.

The provocative uniqueness of Mehra’s Mirzya flows out of its narrative format. Stylish and yet improvisational, Mirzya imbues the love legend with a casual grace and a disarming ardour. A large portion of the film’s inescapable charm is traceable to the lead pair, who are no gym-produced mannequins. Flesh and blood, they bleed and bawl, plead and brawl, with their tempestuous love for one another being the epicentre of their conflict.

And Gulzar—God bless his insight into the human heart—gives them such lovely lines to speak. Harshvardhan and Saiyami own those lines with proprietary pride. The exemplary sound design (Pranav Shukla) is so textured and tonally correct, we can hear every crack in the lovers’ hearts.

This brings me to the film’s exceptional technical qualities. Mirzya is arguably the most technically accomplished piece of cinema in a very long time. Spaces in the heart are virtually manifested on screen in the characters’ clothes, demeanour, performance and posture. The visual landscape reifies the emotional content of the plot without hammering in the link between what we see and what the characters feel. The romance in the past fuelled by a nomadic mating dances (Raju Sundaram’s choreography is divinely erotic) and rituals from folk art which coalesce in a comfortable union of a fugitive heritage and contemporary conventions.

All of this is achieved with a subtlety and tenderness which are not all accessible or obtainable in the first viewing. Mirzya tells a deceptively simple tale of star-crossed love with a flummoxing flourish. Why the two love stories fused in concurrent movements which allow no room for demarcation lines? This question gets its answer in the empowering befitting finale where, shall we say, guns and arrows meet without a violent conflict of interest between the two weaponry.

For me, what made Mirzya unstoppably unique was its even temper. Even during the moments of heightened emotional conflict and outburst, Mehra is in full and supreme command of his character’s words and action. The music by Shankar Ehsan Loy is the life and breath of the lovers’ journey from a childhood togetherness to doomed adulthood. Every musical piece in the narrative tells a story. 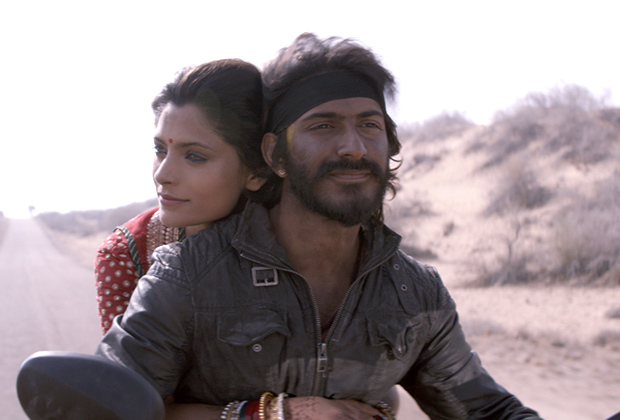 Curiously, Gulzar seems to borrow some of the film’s external and interior worlds from Emily Bronte’s Wuthering Heights. The stable-boy Adil that Harshvardhan plays could be Heathcliff from any era (considering Mehra’s penchant for era-less drama). The debutant plays the tormented lover-boy using his eyes that speak a million words of recrimination. Harshvardhan’s forte is pain and hurt. He expresses these with honesty reminiscent of Dilip Kumar in Dil Diya Dard Liya.

Saiyami Kher as Suchitra is no cosmetic beauty. She is real and unstoppably vivacious, a Kajol of the new generation. Both the debutants hold the camera in close-ups with an unflinching directness unique to the new generation of actors. Anuj Choudhary as Suchitra’s royal fiancé is adept at expressing an arrogant hurt. But the scene stealer is Anjoli Patil as Zeenat the ironsmith’s sensuous daughter who has the eternal hots for Adil. Anjoli chews the meat off every scene that she has including a very crucial wedding chamber scene where she breaks your heart.

It is the older actors who let us down. Or is it the script that doesn’t allow them room to show their worth? Rakeysh Mehra’s favourite K K Raina’s face is so lost in whiskers we barely recognize him. Art Malik as Suchitra’s over-possessive father over-punctuates his performance and hams it up in one major drunken scene where he actually rolls on the floor like a tantrum-throwing child. And Om Puri as the lohar and the narrator, barely gets two scenes.

There are some terribly bright child actors in the film lending a sense of artless innocence to the luminous goings-on. Every frame of Mirzya speaks a language that echoes Luis Bunuel. A lot of the credit for the captivating cadences of the storytelling must go to Shankar Mahadevan’s astonishing music and Pawell Dyluss’s soul-searching cinematography, which makes every shot a do-or-die endeavour without sacrificing the spontaneity and fluidity in the narration.

Then, there is P.S. Bharati’s editing. She fuses the two eras where the two love stories unfold with an effortlessness that makes the director’s existential philosophy—that life moves from one conflict to another without the luxury of full stops—seem like the only way love can be expressed.

Of course, we know love is a many-splendored emotion.

But, Mirzya makes us feel with time-stopping stillness when the only sound we hear is that of two hearts beating, that, this is only was to feel love, with a ferociousness that precludes options. No wonder, we ‘fall’ in love. How else would a moviemaker like Mehra be able to catch the journey down during the fall?