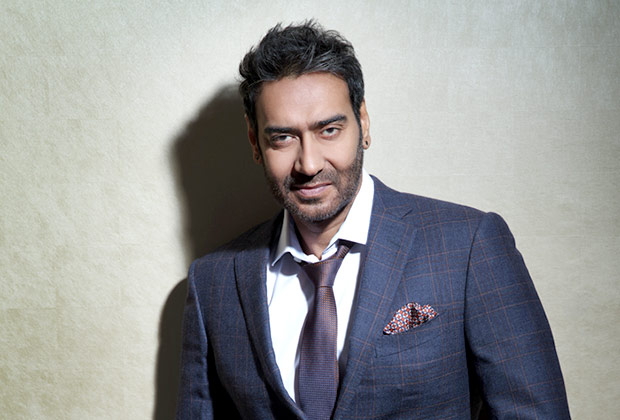 A prominent trade analyst Amod Mehra had tweeted, "First the film's title, then trailer and now first song, Ajay seems determined that the Muslim audience refrains from seeing Shivaay." In a Bollywood Hungama exclusive video interview, I asked Ajay Devgn's thoughts on this tweet by adding that he played Sultan Mirza in Once Upon A Time In Mumbai and no one thought about the religion of the character while appreciating it in big numbers. To add to it, Ajay also has a Zakhm to his name he also played the atheist revolutionary Bhagat Singh, both great films for which he won National Awards. This is what an angry Devgn told me:

“These guys have become old; they really don't know what the current scenario is. Singham is a Hindu title, you show him praying. In Shivaay film, there's no religion, you don't show him praying or anything. But I'm saying this mind-set, what you're talking about, these guys should be responsible enough to mix what we're suffering in the country and they're trying to create divide. It's not in the mind of the audiences. If a Bajrangi Bhaijaan can work, there's a Bajrangi also there's a Bhaijaan in it, who objected to it? Audience did not; you're putting things into audience's minds. These guys should be really very responsible, it's not to do about my film, it doesn't matters what he says about my film as I said they've become old school, they're old. They don't even know what the new generation is thinking, how new generation is and what's the current scenario. They're living in a bubble. But, I'm saying as a citizen you should be responsible enough to not make a statement like this where you're trying to divide between a Hindu and a Muslim and you're trying to tell me and teach me as an industry we should also worry about Hindus and Muslims and divide them? Are we supposed to do that? And then you turn around and say actors should be responsible and you're asking us to divide it. You're putting things in their mind, my mind, that there's a Hindu and there's a Muslim but, there's no Indian. And this is not how audience is thinking. You can as the audience are they thinking like this. They don't think like this, they want to get entertained, they want to go watch a film and they do. Entertainment has got no religion. So my request to such people is, when they make such statements they think they're geniuses, people who make statements like this, they can be good analyst but people who make statements like this are not good citizens, they're idiots".