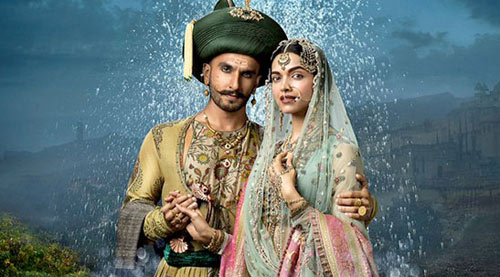 It is easier to point out the faults in this remarkable film than to enumerate reasons why I found the experience irresistible.

Among the faults, the film, like its hero Ved, fails to separate reality from fantasy. Imtiaz Ali moves in and out of both the mutually inclusive worlds with exasperating self-confidence, certain in his faith in the power of the imagination. In fact, the film opens with a lengthy staged skit where a female clown (speaking in Deepika's unmistakable voice) challenges the robotic alien played by Ranbir.

But how can the clown be Deepika since at that point of time in the free-flowing narrative the two haven't met....or have they?

Imtiaz then flashbacks to Ved's childhood. And a wise little boy spends his father's money listening to the storyteller (Piyush Mishra) who spins yarns about lovers, losers and strugglers. Later, much later, the storyteller returns in one of my favourite sequences where Ved, now frustrated beyond belief by his robotic city life is ready to break free, asks the now-aged storyteller the conclusion to his story.

"Why are you asking me, you coward?" sneers the senile storyteller.

Be the author of your own destiny...that is the theme of Imtiaz Ali's introspective portrait of a man on the brink. In the second-half when Deepika disappears for a very long time (hate the plot for that) Ranbir rages into mirror monologues playing various roles from H S Rawail's Majnu in Laila Majnu (the song Husn haazir hai that he warbles was filmed on Ranbir's father Rishi Kapoor) to just a nobody, a Walter Mitty whose secret life threatens to fall apart.

As a man whose entire existence is challenged by the girl who has fallen in love with him, Ranbir rages against his character's destiny. He builds a solid case of neuroticism for Ved but stops short of making him seem plain nutty. It's a very accomplished performance, though one marred by inconsistencies that are a part and parcel of his character's personality.

The most luminous passages of the film are the ones where Mira (Deepika) goes out to search for the man she fell in love with during a holiday in Corsica. Deepika's quest and her disappointment on not finding the love that she pursues are mapped on the actress' face. The anxiety, the fear, disappointment, grief, anger... Deepika dazzles with her complete understanding of her character's uncertainties. She is not afraid to embarrass herself on her character's behalf.

Is there a better contemporary actress than Deepika? Nope. She grows with every film. Tamasha relies almost entirely on the abilities of its two principal actors to create an alternate reality for their characters while remaining steadfastly rooted to the here-and-now of life.

One wishes Ranbir and Deepika had better support from the film's fringe players who remain, for the most part, shadowy or worse still stereotypical (Vivek Mushran as Ved's caricatural bully boss, Javed Sheikh as the tyrannical father). Sushma Seth so delightful in the awful Shaandaar, shows up briefly as Ved's Dadimaa. It is almost as though Imtiaz Ali furthered his protagonist's sense of profound isolation by playing down the incidental characters.

Tamasha (why on earth is the film's glorious gravitas challenged by such a flippant title?) is not free of glaring drawbacks. The narrative tends to humour itself to the extent of supreme self-indulgence and the pace when Deepika goes missing, is languid. But the heart, the pounding of the bleeding heart, is always in the right place. This is a haunting fable about two fatally flawed people who think they are in love. Tamasha is a game-changer in the romantic genre.