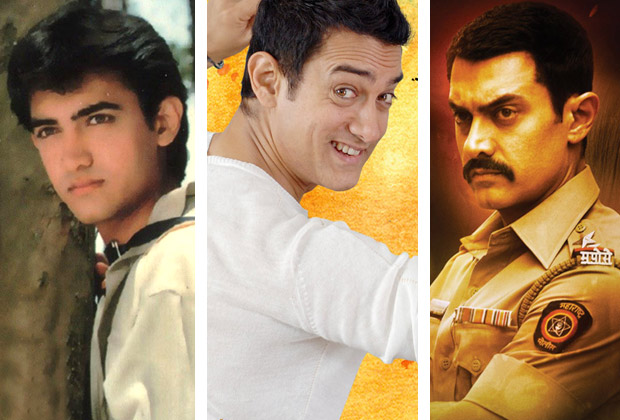 The name commands a strange respect. Here is an actor who strides two streams—commerce and cinematic aesthetics, conventionally perceived as antagonistic, and has merged them seamlessly, for over a decade now.

Aamir Khan’s background is as mainstream as it can get. He adores the cinema of his uncle, the late mainstream masala monarch Nasir Husain, Shammi Kapoor was his all-time idol (and for some time, each music album of the actor was released at the veteran’s home). He may have had some arty films as a start—Ketan Mehta’s Holi (1984) as a supporting artiste and Aditya Bhattacharya’s Raakh (1989), but he took off only with Nasir Husain’s production Qayamat Se Qayamat Tak in 1988, becoming the instant new poster-boy of the nation.

We will not dwell on his first two screen appearances as a kid, in his uncle’s Yaadon Ki Baraat (1973) and his father Tahir Husain’s Madhosh (1974). It is also not important that, age-wise and as a hero, he is the most senior of the three Khans and was the first to make it big. We will also not consider his recent unfortunate remarks on intolerance or the attention—positive and negative—that his television show on social issues ‘Satyamev Jayate’ received.

All these are incidental to the superstardom of the 51-plus Aamir Khan. Today, everything that Aamir Khan does cinematically is an event, and he has long mastered the art of effortlessly mixing the mainstream with the different movie.

The wonder is that, even after 28 years of superstardom, Aamir Khan never fails. Most of his mainstream films have some substance, and most of his substantial films have humongous box-office potential. If his offbeat productions Taare Zameen Par, Peepli [Live], Dhobi Ghat and Delhi Belly are so sensibly budgeted that they at least break or become huge hits in terms of return of investment. He plays safe with a Dhoom:3, gets a success in co-production Talaash, and wins big in 3 Idiots and PK.

As of now, he has a unique cameo in his manager Advait Chandan’s film Secret Superstar, is producing and starring in the off-beat biopic Dangal, and has just signed the Yash Raj Films whopper Thugs Of Hindostan with Amitabh Bachchan.

The significance of the beginning

Somewhere, his debut film in the lead—the game-changing Qayamat Se Qayamat Tak (QSQT) provided the base for Aamir Khan’s career template. This was the unlikeliest film to come from the Nasir Husain stable—a simple and tragic love story rather than a frothy entertainer.

Before this film released, Aamir Khan had assisted his uncle on a film or two, and had learnt his lessons: the positive, the negative and what could be changed in the times to come. When QSQT actually became the first of a fresh way of telling an old story and also a trendsetting musical to bring back audiences to the big screen at the peak of the VHS or video cassette era (when it was legally available on the day of a film’s theatrical release!) and proved that pure melody with good poetry could antidote the then-prevalent poor music, Aamir Khan learnt that, at the right point of time, more changes could be done within the conventional parameters of Hindi films.

And yet, the actor breezily, but humbly, declares that most of the good things he has done and some of his achievements extraordinaire have all happened organically!

Yes, one of his inarguably strengths is his keen personal interest in his films’ marketing. As he says, “I have personally always believed that good marketing is not about giving the right information but about creating the desire to consume. Suppose we tell you what a movie is about. Many people can pre-judge or decide that they are not interested! And then, they are not going to come into the movie hall! It is the consumer who should be waiting for us and asking when is the release date because he wants to get a surprising experience and enjoy it!”

At the same time, while acting in or even co-producing “risky” subjects, he decisively states, “I am attracted to stories that appeal to me and not by the commercial angle at all. And most of my good films, like Lagaan, Taare Zameen Par, Dil Chahta Hai and 3 Idiots went to others before falling into my lap!” 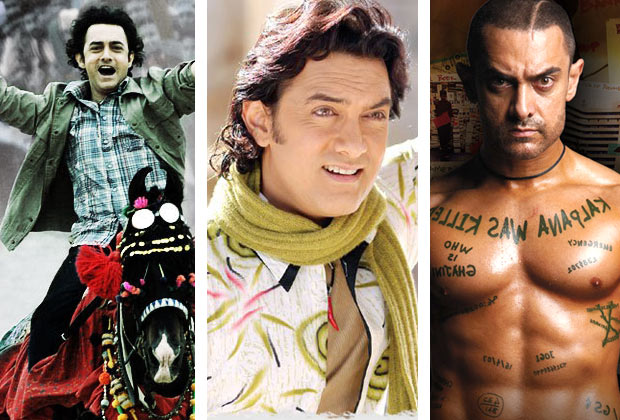 In that sense, Aamir Khan’s current upswing began a decade back with Rang De Basanti (average business in India, a hit abroad, and a critically-acclaimed film that has become cult for the youth) and the hit Fanaa, both 2006’s releases. While Aamir Khan played a patriotic young man in the former, he was a terrorist in the latter. After this, besides the films mentioned above, there was also Ghajini, Indian cinema’s first 100 crore grosser, and his super-hit 2008 co-production Jaane Tu…Ya Jaaen Na in the same year, in which he did not act.

The 1999 Sarfarosh remains his turning-point film, as a cinematic masterpiece that presumably motivated Aamir Khan to quit doing multiple films, and concentrate on one movie at a time, a practice long followed in Hollywood, with his debut production Lagaan. All this was aided by the simultaneous disasters of Earth/1947, Mann and Mela.

As Aamir Khan said, “Like other stars, I too was doing multiple films together, and I hated it. When a film releases two years after you have heard the script, you do not know how even a great script will shape up. This way, we are like those handloom workers who cannot change the thread unless the work with one has been finished. We were mixing the three processes of filmmaking: pre-production, production and post-production. In short, bursts of schedules as per the combination dates available. According to the star dates, there would be prep, shoot and work on its post-production. And then, the next similar schedule would be done months later”

With Lagaan, Aamir Khan showed the industry how to do a film in one schedule, which also made economic sense. He also brought in Sync Sound, which had stopped in mainstream cinema in the ‘70s. “Why I should act twice, once during the shooting and weeks or months later in a studio room with a monitor in front of me, rustling up the same emotions?” is how Aamir Khan describes it.

And, that is the secret of a man who not only survived messes like Love Love Love, Awwal Number, Daulat Ki Jung, Parampara, Baazi, Aatank Hi Aatank, Akele Hum Akele Tum and more to emerge as the pioneering superstar who liked to change even physically to suit a role, and could also pull off a Lagaan and a Dil Chahta Hai in the same year.

Unlike with the other superstars, Aamir Khan’s struggles were more cerebral and more revolutionary, for without that, he could not have been what he is today: a pioneer in a class of his own, whose every cinematic move becomes an event!