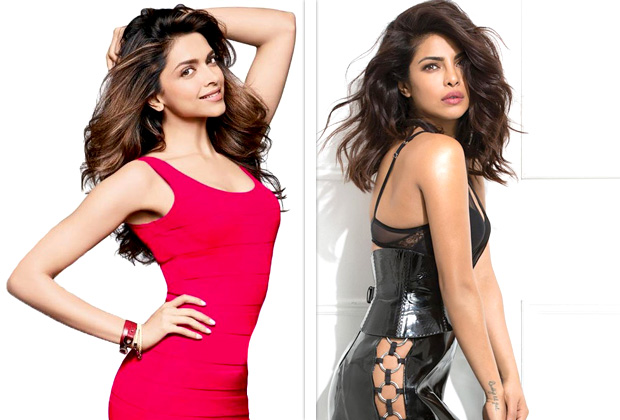 However, while one waits to see them in action right through 2017, one wonders what happened to some of the other Hollywood flicks that were to feature 'apna desi' Bollywood actors. Here is the list of Hollywood debuts that turned out to be naught.

When Jacqueline Fernandez started shooting for her horror thriller Definition Of Fear, she was quite excited about the film's prospects. That was way back in 2014 and her blockbuster hit Kick had just released. In the film, she plays a psychology student. However, though the film has been completed for over a year, there is no sign of its release, either in Hollywood or Bollywood. Last one heard, the film is making the rounds of festival circuits. Meanwhile, Jacqueline has moved on too to her much more popular mainstream commercial Bollywood releases and hasn't resumed her stint with Hollywood.

Emraan Hashmi had signed Tigers when he was at the peak of his career. An offer to work with director Danis Tanovic (of Oscar winner No Man's Land fame) was difficult to ignore. Moreover, the critical acclaim from Dibakar Banerjee's Shanghai made Emraan look forward to this film set in Pakistan which had Anurag Kashyap as one of the producers. The film was made in quick time and was also premiered in Toronto International Film Festival (2014). However, that was about it and ever since then the film, which deals with a controversial subject of a salesman working in a pharmaceutical industry, is stuck in the cans.

This has to be one of the weirdest instances ever of an actor's Hollywood dream going sour. When Madhavan stepped into the film more than three years ago, he was one of the male leads in this zombie horror affair. The actor, who has been quite selective about his choice of roles, spent quite some time in Hollywood as he was excited to play a survivor trapped in a New York apartment. However, the film which had been conceived way back in 2009, took quite a few different routes. Last one heard, it released as a 60 minute long computer animated horror film. It was badly criticized and has released in mainstream.

The film was earlier titled Singularity and was also supposed to feature Abhay Deol. Considering the fact that this film involving time travel had extensive portions set in pre-independent India, Bipasha Basu was a natural choice as a dusky beauty. For the actress, it was also an opportunity to act opposite Josh Hartnett (Pearl Harbour, Black Hawk Dawn, Sin City, Lucky Number Slevin). The romantic adventure film went through a name change over the years and was rechristened as The Lovers. It still didn't see a mainstream theatrical release. Last one heard, it released directly on DVD in U.K. by the name Time Traveller.