Last Updated 09.12.2022 | 1:46 PM IST
feedback language
follow us on
Bollywood Hungama » News » Bollywood Features News » Star Vs Food: From struggling to mix to learning to set up the oven, Ananya Panday impresses the chef with her beginner-level skill in baking

After a successful season of some of the top Bollywood stars trying their hands in the kitchen, discovery+ has kick-started the second season of Star Vs Food. The first season saw the likes of Karan Johar, Kareena Kapoor Khan, Malaika Arora, Arjun Kapoor, and Pratik Gandhi grace the show and cook for their loved ones. While the new season was kickstarted by Janhvi Kapoor, the third episode was graced by the Gen Z star Ananya Panday. 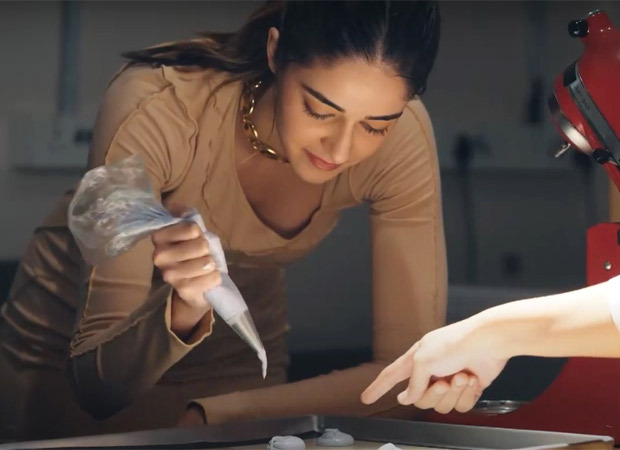 Star Vs Food: From struggling to mix to learning to set up the oven, Ananya Panday impresses the chef with her beginner-level skill in baking

Ananya Panday admitted that desserts are her go-to dishes when she wishes to de-stress. Therefore she headed to the Moner Dessert bar in Mumbai to try her hand at baking. Moner- Bistro and Dessert Bar, which is also India’s first dessert bar is owned by Chef Freny Fernandes who was also Ananya’s teacher for the day. The Chef first asked the actor if she has any experience in baking. “I used to bake with my dad when I was younger. But my younger sister bakes well and also had the business of cookies and the proceeds would go to charity. She is actually the baker in the family. I am very good at being a sous chef,” Ananya shared. The chef explained to her the concept of high-tea and finalised on making Gougere which is a savoury and Lavender Earl Grey Macaroons for dessert. 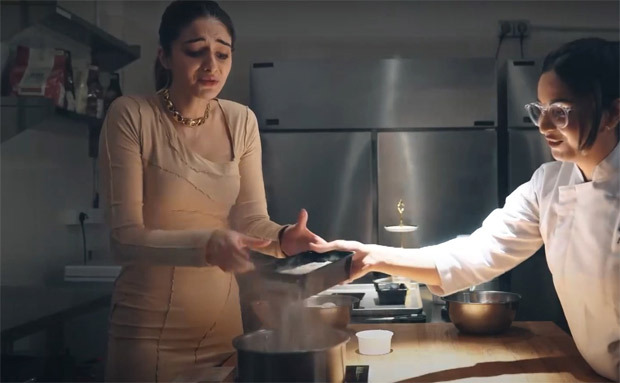 As soon as Ananya started preparing Gougere, her first dish, she realised that baking involves a lot of stirring and mixing of ingredients. Ananya clearly found it difficult to mix the solid and liquid ingredients and pointed out how her arms were giving up with the pain. The Chef who had warned that she is a boss lady and expects nothing but perfection told Ananya that she thought she would have the strength to mix as she hits the gym every day.

"I thought by exercising my biceps would be strong and I would have the strength to mix it but to no avail. It was very hard to mix t and baking has a lot of mixing," admitted Ananya. More than the heat in the kitchen, there was a palpable tension between Ananya and Chef Freny. Chef Freny was not impressed with Ananya’s skills in the kitchen and did not shy away from expressing them. Ananya was surprised at the chef’s behaviour towards her and told the chef that she was getting pretty rude and mean. The Chef wanted Ananya to handle the oven settings by herself and gave her multiple instructions at once. “She has given me 500 instructions on how to preheat this oven. It’s too much,” Ananya exclaimed.

Ananya struggles with the oven setting and eventually, the chef helps her out. "The chef is getting meaner and meaner as the day passes and my feelings are getting hurt I am holding back my tears," says Ananya.

The two get calmer as they start work on Lavender Earl Grey Macaroons. As they prep the dessert, the two get to chatting. The Chef inquires about Ananya’s tip on staying fit despite being a dessert lover. "I eat everything and then I work out every day," came Ananya’s simple answer. She also revealed her favorite desserts which included "Molten cake with ice cream, a fudge brownie or chocolate chip cookie and modaks".

Ananya compares the hard work required in baking to that of the hard work put in making films. Speaking about her most challenging role to date, she said, "I think Khaali Peeli was pretty challenging only because of the accent, that Bambaiya accent, as hard as this".

After the Gougere is perfectly baked and plated and the Macaroons also look perfect, Chef Freny Fernandes is finally impressed. She admitted that she thought it was not Ananya’s cup of tea but was taken by surprise. "As an actor coming in and being a chef or sous chef, would rate her a 10 on 10 or probably more. She was really good," Freny said complimenting Ananya. 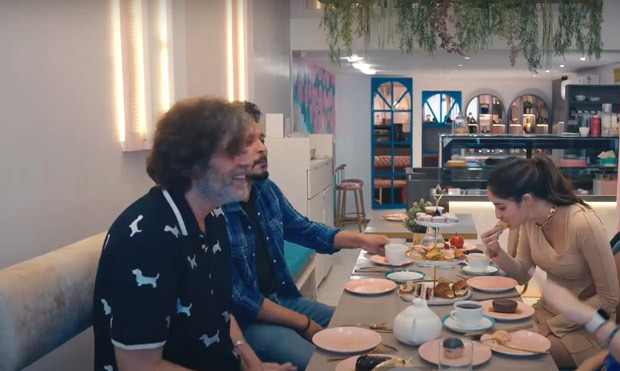 Ananya had prepared her first dessert for her parents- Chunky and Bhavana Panday and her friend Rohan. She said that she wanted to make something for her parents as they do a lot for her and even deal with her tantrums, which Ananya admits are a lot. Before her parents arrived at the dessert bar, she said, "My parents are very critical, even with my films and all. They always give me intense feedback. Rohan’s also a big foodie."

"I have no expectations and I honestly can’t say much because I myself don’t cook. So who am I to judge. But I will still judge," Bhavana said with a sly smile.

Chunky and Bhavana were immensely pleased with both the dishes prepared by Ananya and were all praise. Rohan found the Gougere a little dry but was totally impressed by the Macaroons.

At this time, Chunky also shared a small incident from the days when he was about to get married to Bhavana. "When we were getting married, Bhavana is from Delhi, I was invited to their house for dinner. Beautiful Butter Chicken, Chinese everything was served and I ate too much and then Bhavana's mom tells me Bhavana has made everything. And then I went to the kitchen to check and I saw all the boxes from different restaurants," he shared and had a hearty laugh.

Star Vs Food featuring Ananya Panday will be premiered on discovery+ on September 23.