Tudum: A Netflix Global Fan Event on Saturday unveiled exclusive news, never-before-seen footage, trailers, and first looks, as well as interviews with Netflix’s biggest stars and creators. On September 24, Tudum will span four continents with five events, taking fans on a whirlwind trip around the world. The event saw the makers of Squid Game unveil an unreleased clip from season 1. 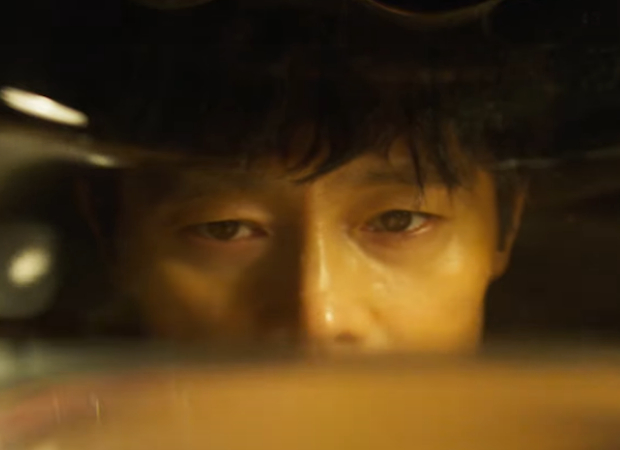 Director Hwang Dong Hyuk, who appeared in the new clip, said, "Thank you once again to all Netflix fans around the world who loved Squid Game." He added, "Please look forward to Season 2, which will come back with a new story. For the fans who are waiting for Season 2 of Squid Game, I’ve prepared a small gift."

It has been a year since Squid Game became a global smash hit, and the series is still making history with record-breaking wins at the Emmy Awards. While we await the release of Season 2, here’s an exclusive look at an unreleased clip from Season 1, confirming the mysterious identity of the Front Man. The unreleased clip sees someone is shown walking around holding a bag of two goldfish. This person enters the room and transfers the goldfish into the fishbowl, the person's face is eventually revealed and it is the frontman, played by Lee Byung Hun. The scene then changes to a person staring at the room from outside the building.

In June 2022, Netflix confirmed that the South Korean breakout show is coming back for a second season. In an official statement, Hwang Dong Hyuk, the director, writer and executive producer of Squid Game, confirmed the return of Lee Jung Jae and Lee Byung Hun. He also hinted at the return of Gong Yoo and that there will be another deadly doll. "It took 12 years to bring the first season of Squid Game to life last year. But it took 12 days for Squid Game to become the most popular Netflix series ever. As the writer, director and producer of Squid Game, a huge shout out to fans around the world. Thank you for watching and loving our show. And now, Gi-hun returns. The Front Man returns. , Season 2 is coming. The man in the suit with ddakji might be back. You'll also be introduced to Young-hee's boyfriend, Cheol Su. Join us once more for a whole new round," he said in a statement.

Lee Jung Jae's character’s return was teased at the very end of the first season where he appears to have decided to put a stop to the brutal annual games. The Front Man, played by Lee Byung Hun, is the main antagonist and boss of the deadly games that pit 456 cash-strapped players against each other for an astounding cash prize of 45.6 billion won. The Squid Game creator also teased the possible return of Jung Ho Yeon, who plays the North Korean refugee contestant on the series, as her own evil twin sister.

Back in October 2021, Netflix confirmed Squid Game had become the biggest launch in the streaming giant’s history by drawing 111 million viewers in its first month on the platform. The Korean series surpassed the previous mark set by Bridgerton, through the first 28 days, which was seen by 82 million households after its debut. In November 2021, Netflix confirmed that Squid Game became the most-watched show or film ever, with 1.6 billion hours of viewership.