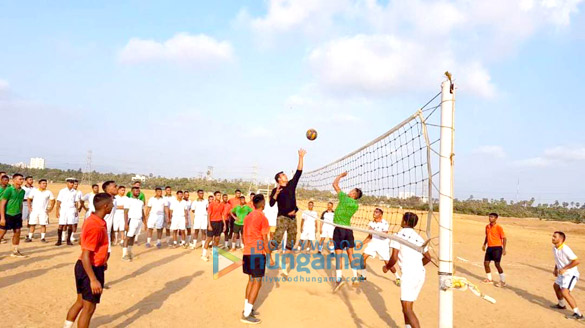 While it is not films that our actors are passionate about, it is a known fact that many of these actors have expressed their interest in varied sports. From Shah Rukh Khan investing in cricket to Ranbir Kapoor practicing football every weekend to Abhishek Bachchan promoting kabaddi, there has always been a close connection between Bollywood and sports. Among them is also Akshay Kumar.

The 49 year old superstar is often associated with fitness and sports are also a part of his regime. We hear that Akshay Kumar has taken a special interest in volleyball and has been spotted playing the sport often. The actor was recently seen enjoying the game along with a few trainees at the prime location of INS Hamla, the Indian Navy Logistics Training Establishment in Marve [Malad], suburban Mumbai. 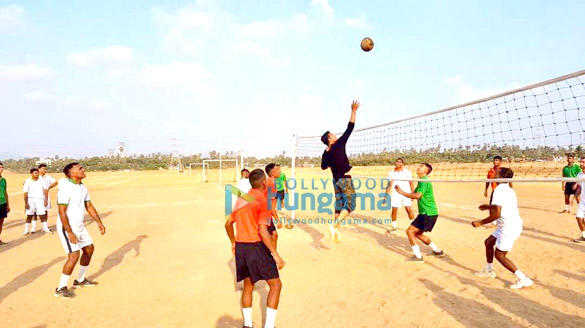 Prior to this we hear that the actor was seen playing volleyball with his teenage son Aarav and co-actor Sushant Singh Rajput.

On the film front too, Akshay Kumar is undergoing extensive training in sports and prepping in hockey for Reema Kagti’s ambitious venture, Gold. Besides this, the actor will also be seen in Toilet: Ek Prem Katha, Padman and Mogul.