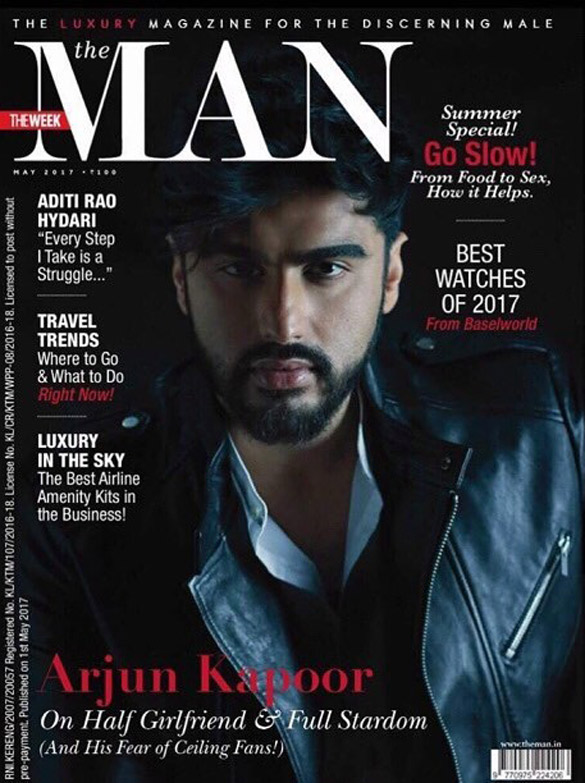 Arjun Kapoor is a busy actor working on back to back projects. The actor is currently promoting his upcoming film, Half Girlfriend. Amidst his busy schedule, the actor did a cover shoot for The Man magazine.

Featured on the May 2017 issue, Arjun Kapoor looks dapper in a leather jacket in a dark themed shoot. In the special interview, Arjun Kapoor talks about his career from entering the industry to reaching a position when expectations from him are at an all-time high.

On the professional front, this year Arjun Kapoor will be seen in two films. One is a romance drama Half Girlfriend starring Shraddha Kapoor. Directed by Mohit Suri, it is slated to release on May 19, 2017. The second film is a comedy family entertainer Mubarakan starring Anil Kapoor, Athiya Shetty and Ileana D'cruz. Helmed by Anees Bazmee, it will hit the theatres on July 28, 2017.