The trailer of the most awaited film of 2020 is out. The four-minute-long trailer begins with a voiceover of Ajay Devgn highlighting the past terror attacks in Mumbai from the 1993 blasts to the 2008 terror attack. 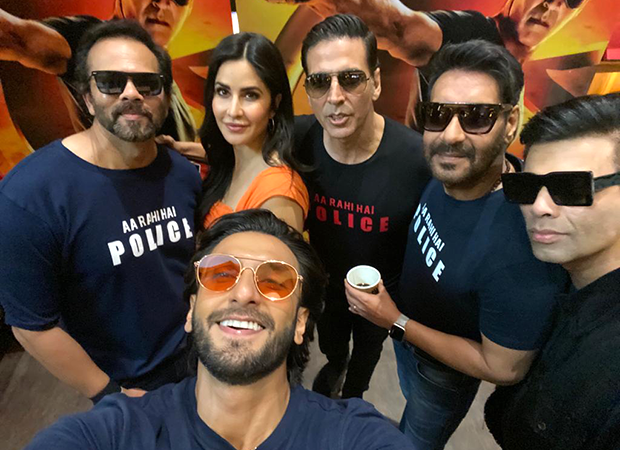 Akshay Kumar then enters the picture as the member of the anti-terrorist squad on whom the onus of preventing the next terror attack on Mumbai. He makes an entry in a helicopter and goes a shooting rampage.

The 4-minute trailer does justice to the ensemble cast of the film indulging Javed Jaffery, Jackie Shroff, Gulshan Grover, and Katrina Kaif. Ajay Devgn and Ranveer Singh have a massy entry and the three cops even share a light moment taking a dig about their respective entries in the film.

Akshay Kumar's dialogues also throw light on the religious angle in terror attack that often arises in such situations. Some of the scenes in the trailer will also remind one of Akshay Kumar's film Holiday: A Soldier is Never off duty, in which the actor plays the role of an army officer who is on the mission to destroy sleeper cells in Mumbai.

The film directed by Rohit Shetty is slated to release on March 24.

Also Read: Sooryavanshi: Akshay Kumar says Katrina Kaif has shown that she is more than someone who is good looking and good dancer