A couple of weeks back, the Maharashtra government announced the reopening of theatres in the state from October 22. The news brought joy not only to filmmakers and actors awaiting to bring their films to the big screen, but also movie lovers who have been deprived of the theatre experience for over a year. 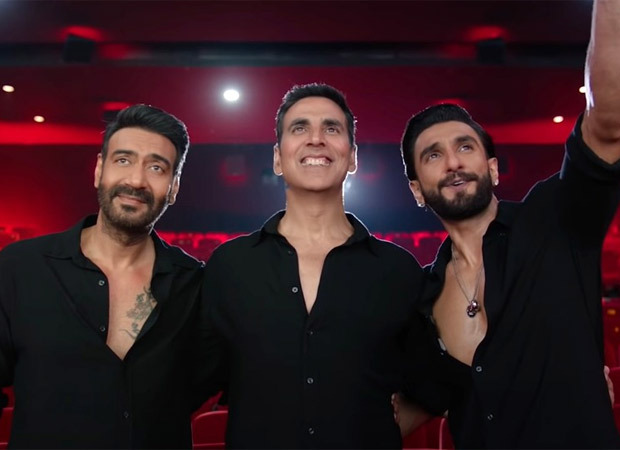 As soon as the Maharashtra government annouced the reopening of theatres, filmmakers started announcing the release dates of their films. The first major Bollywood film to release in theatre post-October 22 will be Rohit Shetty's Sooryavanshi. The film was initially supposed to release in March 2020.

Bollywood Hungama had earlier reported that the makers of Sooryavanshi are adopting a novel strategy to promote their film and had shot a couple of videos in a theatre a few days back featuring Akshay Kumar, Ajay Devgn, and Ranveer Singh. Today, on the auspicious occasion of Dussehra, Akshay Kumar shared the first video, where the three stars are seen talking about the days where everything came to a standstill and then welcoming all to the theatres with Sooryavanshi.

Sooryavanshi belongs to the cop universe of Rohit Shetty which also comprises the characters of Singham (played by Ajay Devgn) and Simmba (played by Ranveer Singh). The film also stars Katrina Kaif and Gulshan Grover.