Just a day ago, the much talked about film Student Of The Year, which marked the debut of Varun Dhawan, Alia Bhatt, and Sidharth Malhotra, completed 10 years. While the actors have gone on to become stars, the filmmaker Karan Johar recalled this emotional journey. Varun Dhawan, who was at the Bhediya trailer launch, too reminisced about the days. Now, Alia’s mother Soni Razdan opened up about how her daughter got SOTY and what were her plans before doing the film. In fact, she also went on to add that her daughter had other plans, including how she was contemplating joining the drama school. 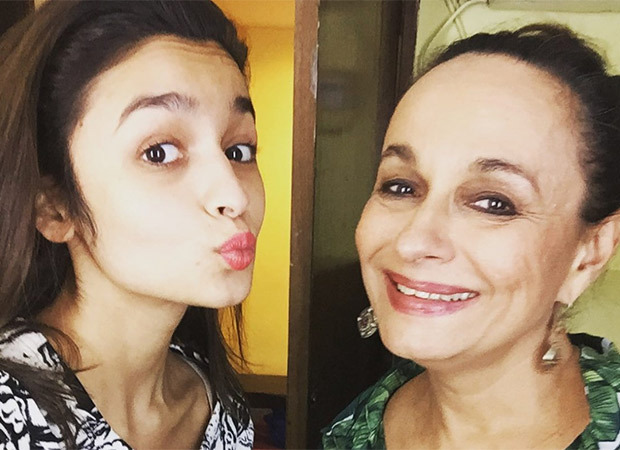 Recalling those days and remembering how her daughter Alia Bhatt got the film Student Of The Year, Soni Razdan penned a heartfelt note on Instagram and reposted the journey of the 2012 teenage high school drama that was shared by Karan Johar. She said, “Student of the Year came from Out Of Nowhere for our baby @aliaabhatt and when we least expected it ! At the time Alia was busy working on her International Baccalaureate- a diploma I’m so glad she could do - and acting in a movie was a distant dream … one which we were not at all prepared for … just yet. The plan was for Alia to go to a drama school and then somehow try to get a role in something ! Thank you @karanjohar for auditioning her, and giving her a chance to work on herself before finally casting our girl.”

She concluded the note by adding, “So happy she got the opportunity to do this film, and have you as her mentor, guide, best friend and yes - a second father. With immense gratitude and love, and huge congratulations and blessings always ?? ????”

Student Of The Year focused on the journey of high school students with Varun Dhawan playing the rich-spoilt brat, Alia Bhatt playing the bimbo wealthy princess, and Sidharth Malhotra essaying the role of a middle-class ambitious boy. The film also starred Rishi Kapoor, Ronit Roy, and Ram Kapoor, among others in pivotal roles. Directed by Karan Johar, the film released on October 19.