Alia Bhatt is completed soaring high with the success of her recent release, Gully Boy. While she is enjoying it, the actress is relaxing at one of her BFFs wedding festivities. The pre-wedding festivities have begun and Alia has been participating in all of them. Soni Razdan, actress and Alia's mom, shared a photo of Alia actress along with her friends. 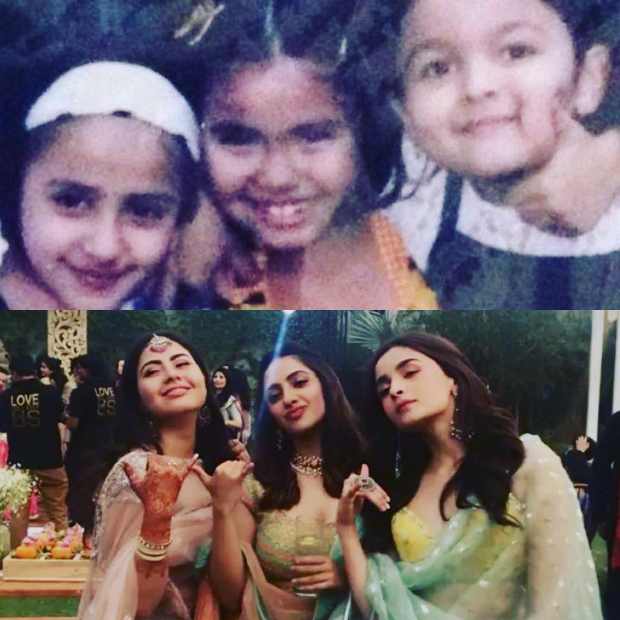 Soni Razdan shared a then and now photo of Alia Bhatt and her BFFs Akansha Ranjan Kapoor and bride-to-be Devika Advani who have been friends since their childhood. Recreating the same pose from their toddler days, the photo proves their strong bond. Soni captioned her post as, "Then ... they were sweet little cuties. Now ... they are these gorgeous beauties." 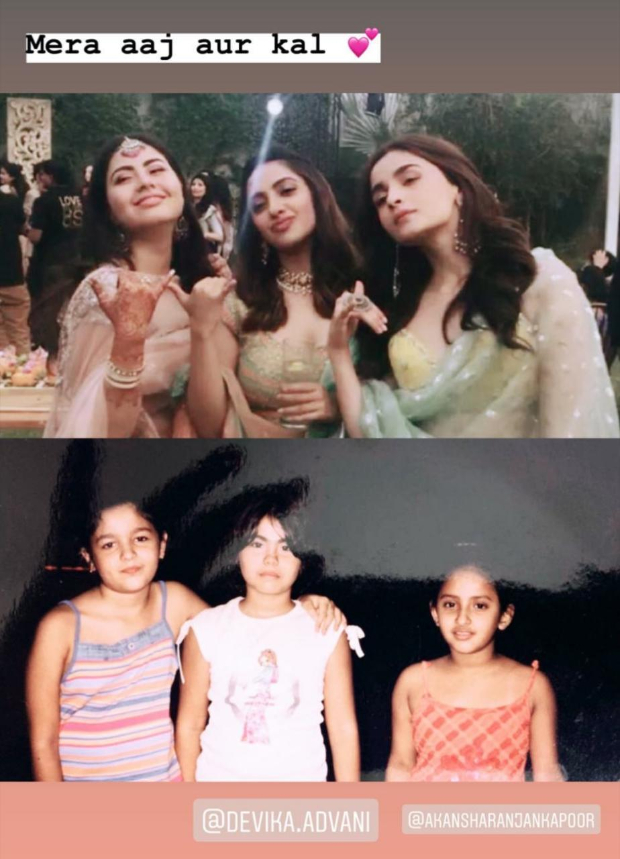 On the work front, Alia Bhatt featured in Gully Boy alongside Ranveer Singh and helmed by Zoya Akhtar. The actress will be next seen in period drama Kalank with Varun Dhawan, Sanjay Dutt, Madhuri Dixit among others. It is slated for April 2019 release.

ALSO READ: Alia Bhatt plays the perfect bridesmaid at her bestie’s wedding and these Instagram posts are a PROOF!