When we talk about fashion and styling, there’s only one name which comes on our mind and it has to be Sonam Kapoor Ahuja. She has been a complete fashion icon and over the years, still maintaining her fashionista image. Be it casual outing, promotional event or even cover shoot, you will always find her in her own quirky and eye catching style. 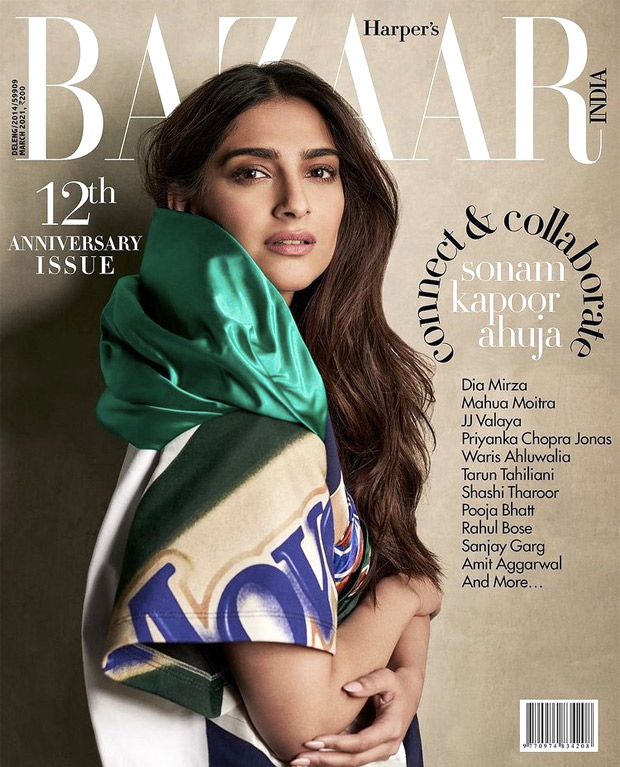 Sonam Kapoor is featured on the cover of Harper's Bazaar India's 12th anniversary edition. To celebrate the occasion, the actress was snapped in stylish ensemble. For the first look, the actress posed in an embellished neckline oversized printed t-shirt dress by Louis Vuitton featuring ball sleeve design on the shoulder. Keeping up with a minimal nude makeup look, she completed her chic yet exclusive look by keeping her hair all open. 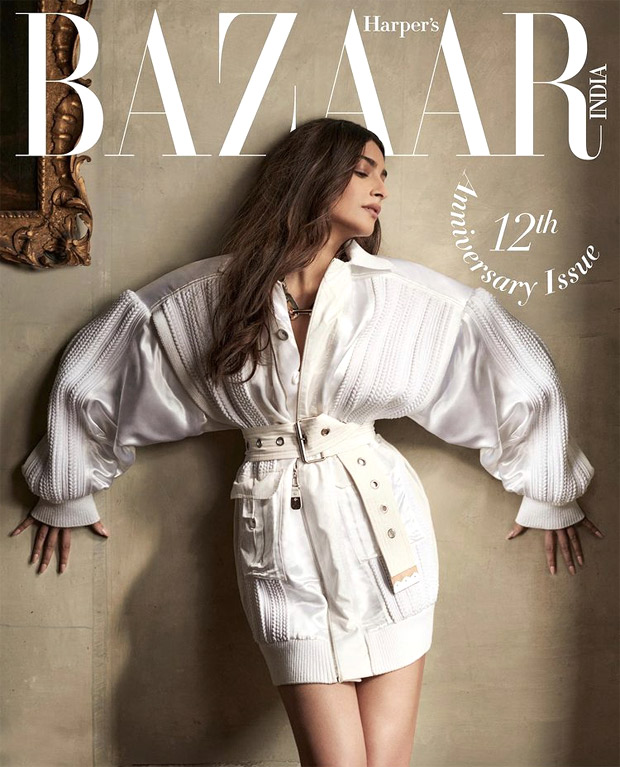 Talking about the second look, she looked complete vision in all white hybrid oversized mini- dress by Louis Vuitton adorned with a white belt. The dress featured lining embroidery work at sides. To complete the look, the actress posed sensually for the camera and keeping up with nude makeup and hair all open. She looked remarkable.

On the work front, Sonam Kapoor has wrapped up her next film, Blind.