Actress Sonam Kapoor shared a picture with her businessman-husband Anand Ahuja on Monday flaunting their romance. 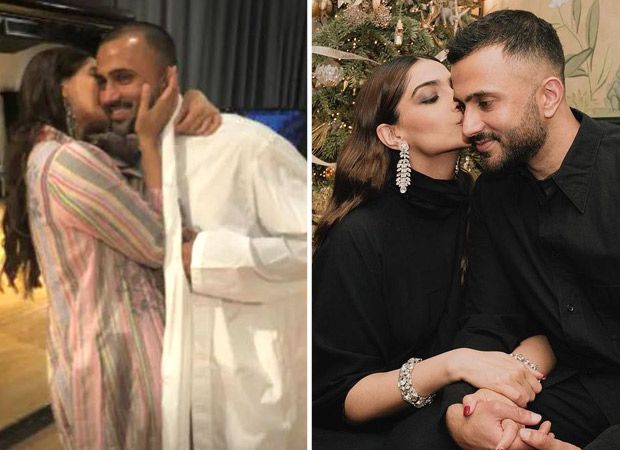 In the picture, Sonam was seen giving a sweet kiss on Anand's cheek. Sharing the photo, Sonam wrote, “obsessed with you Anand Ahuja.” In the photo, Sonam held Anand close as she kissed him on his cheek.

Sonam earlier uploaded a series of pictures with Anand from their New Year celebration. She captioned the photos, “Happy new year to the love of my life. He is not just #everydayphenomenal, he is everyyearphenomenal and the person I want to spend every new year with. Wishing all of you good health, happiness, and fulfillment in 2022.”

Businessman Anand Ahuja also shared images from the celebration and from their pajama party on social media. He captioned the post, “In 2020 & 2021, travel restrictions made seeing family hard for all of us. In 2022, I most hope for & look forward to making up for that lost time with lots of time with family & friends. Wish everyone a new year filled with growth, love and laughter. CC @sonamkapoor @ase_msb #EverydayPhenomenal. PS how beautiful is @sonamkapoor ! PPS yes, you’re right, we had a momentary outfit change.”

On the work front, Sonam Kapoor was last seen in the 2019 film The Zoya Factor. She appeared in a cameo in Netflix's AK vs AK, in which she played a version of herself, alongside her father Anil Kapoor and filmmaker Anurag Kashyap. She will next be seen in Blind, a remake of a South Korean thriller co-produced by Sujoy Ghosh, which she shot in Scotland.