Sonakshi Sinha has been dropping some super fashionable looks and we cannot handle the sizzle. 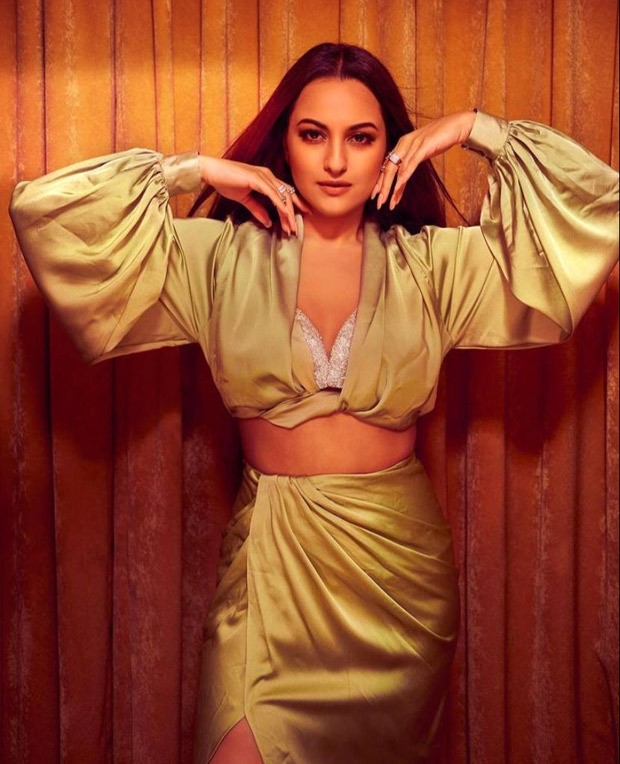 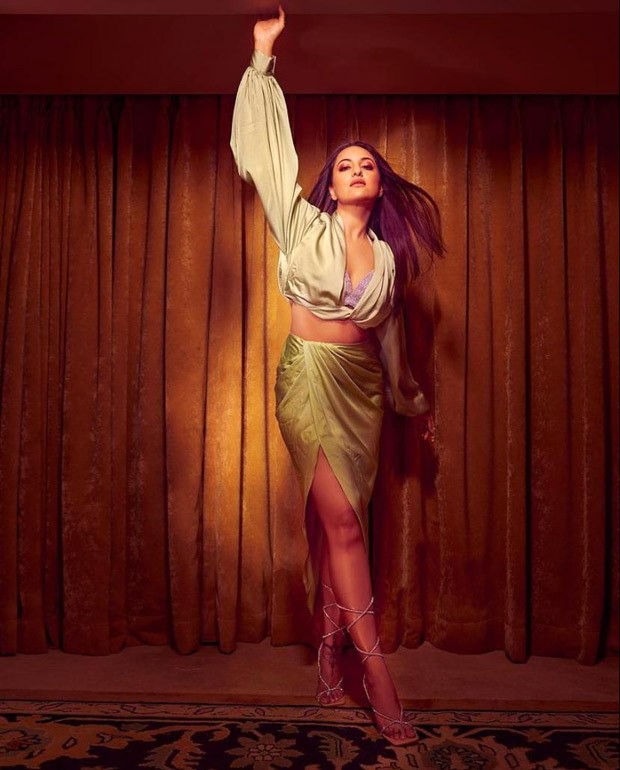 Sinha recently posted a monochrome satin look. She was seen wearing a sage green wrap around, slit skirt with a mint green balloon sleeves shirt with a risqué plunge. She paired that with a rhinestone embellished bralette that completely stole the show. She completed her look with vintage inspired tie up heels. Sonakshi looked like 24k pure gold in this super-hot look. Her style, bronzed makeup, shimmery shadow, matte finished nude lips and poker straight hair is well appreciated by her fans. We love Sonakshi’s stacked up accessories, thick lined eyes and mascara. 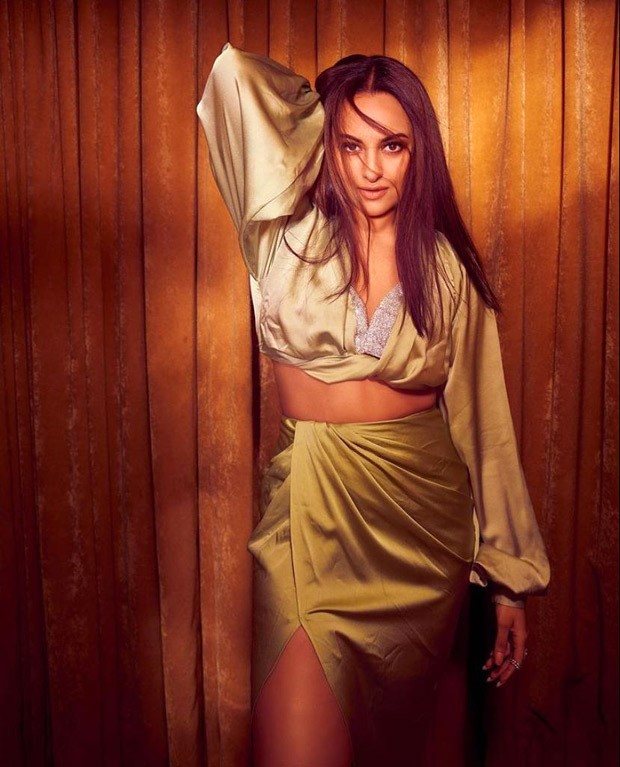 Sonakshi Sinha was last seen on the silver screen with superstar Salman Khan in the third installment of the Dabangg franchise. Sonakshi started her career with the Dabangg franchise and the film ended up becoming a blockbuster. Sonakshi will be next seen in Ajay Devgn led patriotic tale Bhuj: The Pride of India which is releasing directly on a digital platform. She has also signed a horror-comedy alongside Riteish Deshmukh titled Kakuda. Sonakshi has wrapped up the principal photography on her first web series tentatively titled Fallen, which is directed by Reema Kagti. She is playing the role of a cop.