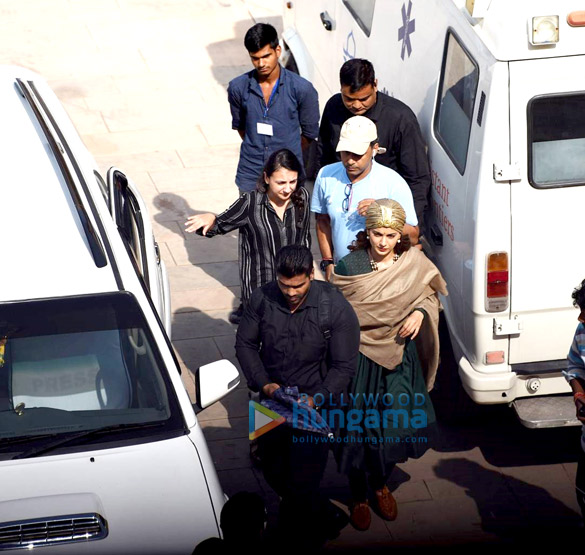 Just last week, we gave a glimpse of Kangana Ranaut from the sets of Manikarnika where she was shooting for an intense sequence in a golden saree. The actress continues the grueling schedule of the film that features her as the protagonist and this time around, she was spotted sporting the warrior look. 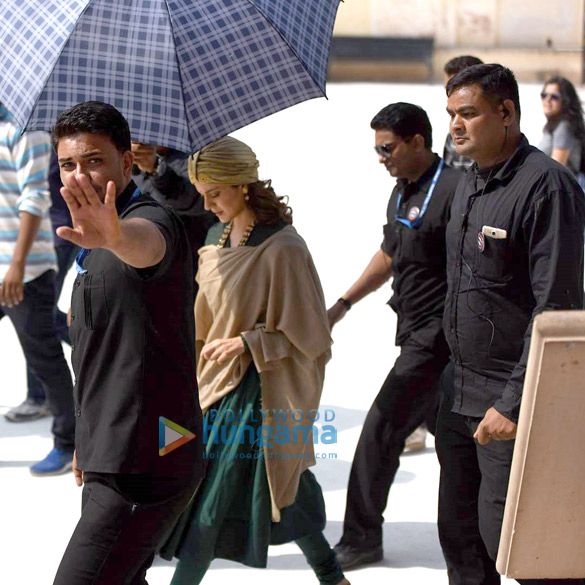 Kangana Ranaut was seen in a green outfit that female warriors sported during the era. She is shooting along with the entire unit of the film in Jaipur and the actress was recently seen getting out of her vanity van as she proceeded to shoot in Amber Fort in the Pink City. 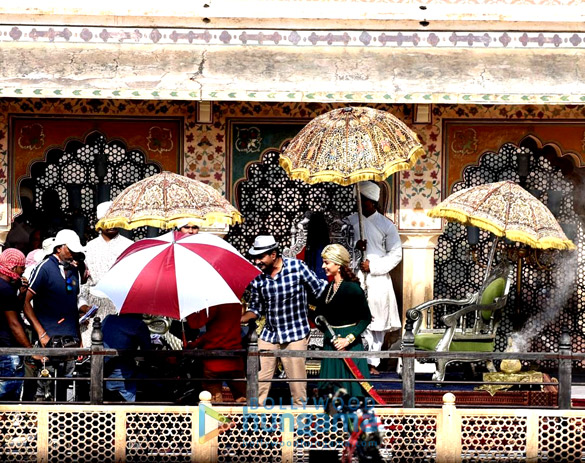 Earlier this year, the actress had released a sketch of her Rani Laxmibai look and we must say that Ranaut has retained the look perfectly as she kick started shooting in the same attire. Furthermore, we hear that lyricist and the new chairman of CBFC, Prasoon Joshi too had made a visit on the sets of the film. Let us remind you that Prasoon has written the dialogues and lyrics of the film. 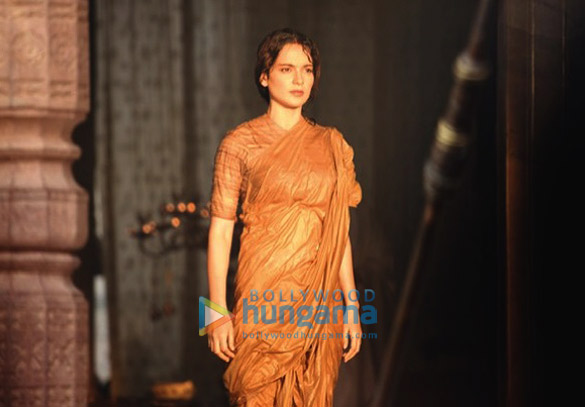 On the other hand, we got hold of yet another picture that has been circulating on social media of Kangana Ranaut as she is seen in a rather drenched look. The actress was reportedly shooting for a sequence which represented a ritual of sorts and that is why the drenched look.

The actress, as we know, has undergone extensive preparations for the film which also includes sword fighting and horse riding. Manikarnika also stars Ankita Lokhande, Shwetha Tripathi, and Suresh Oberoi among others and is slated to release on April 27 next year. 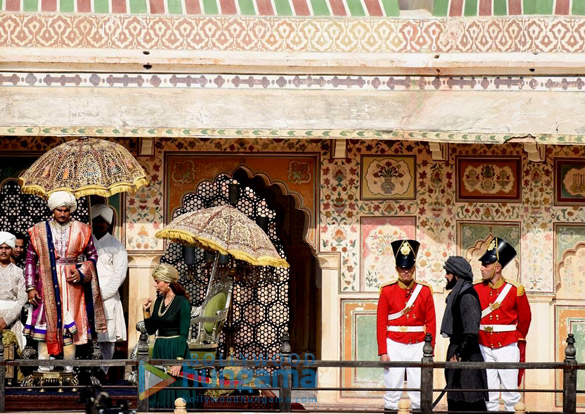