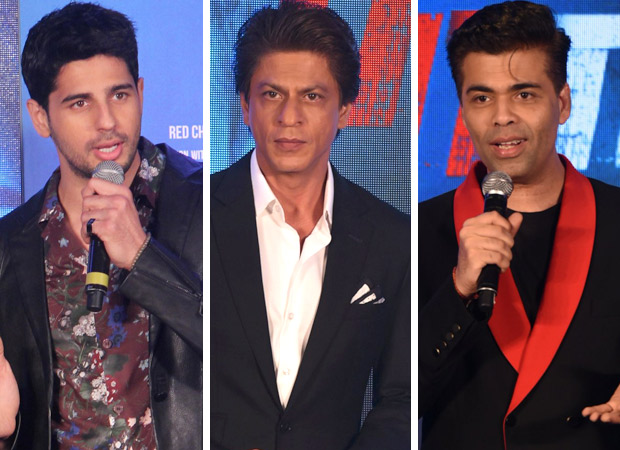 One would assume that the debate around nepotism is done and dusted. But, it seems like filmmaker Karan Johar can't resist from talking about it. The debate that was ignited by Kangana Ranaut on Koffee with Karan has, since then, become a nationwide discussion. On his talk show, the actress had called him the flag-bearer of nepotism and since then there has been a lot of back and forth between the two stars. While Karan Johar has taken a jibe several times on nepotism remarks, they had even made jokes on IIFA 2017 stage.

Karan Johar quipped that the stage was a fine example of how star kids and outsiders can successfully co-exist in the industry. Karan Johar said, “At the two ends of this line, we have two non-nepotistic people and in the center are the brand ambassadors of nepotism. Sidharth Malhotra and Shah Rukh Khan do not represent nepotism, which also speaks volumes about how both can work equally, efficiently and correctly.”

The stars on stage and the audience erupted into laughter. This was sort of a reminder of IIFA 2017 when Karan Johar along with Varun Dhawan and Saif Ali Khan, had taken a jibe at the controversy with their 'Nepotism rocks' remarks.

As far as work is concerned, Ittefaq starring Sonakshi Sinha, Sidharth Malhotra, Akshaye Khanna is set to release on November 3

Ryan Reynolds debunks the rumours of…