Kartik Aaryan and Sara Ali Khan are coming together for the first time in Imtiaz Ali’s next which is touted to be a sequel to Love Aaj Kal. There is quite a bit of anticipation around it because Sara had earlier confessed in a chat show that she would like date Kartik. Interestingly, this film, tentatively titled Love Aaj Kal 2, is a romantic drama too. In the past, while we have received some glimpses from the sets of the film, now we spotted Kartik in a completely different look. 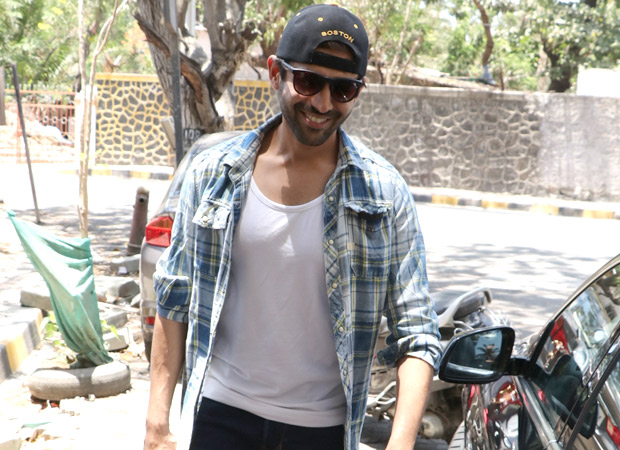 Kartik Aaryan was recently snapped shooting in Mumbai and he became cynosure of the lenses as he was all set to take off post a shoot schedule. While he was snapped as he was leaving the sets post pack up, he attracted a lot of attention owing to his different look. In this video, we can see that the Pyaar Ka Punchnama actor is trying quite hard to hide his face, we mean look, from the camera.

Sara Ali Khan too was snapped on the same day as she completed her shoot for the film. However, the actress was her chirpy self when she got into her car to leave! Coming to the film, the Imtiaz Ali directorial is expected to be shot extensively in Mumbai and Delhi. However, not many details about the film have been revealed as yet.

On the work front, Kartik Aaryan is also working on Pati, Patni Aur Woh remake which stars Ananya Panday and Bhumi Pednekar as his leading ladies. The actor will essay the character of Sanjeev Kumar from the original. As for Sara Ali Khan, she will soon kick start the shoot of Coolie No. 1 remake which stars her opposite Gen Y superstar Varun Dhawan. The actress will play the role of Karisma Kapoor from the original.