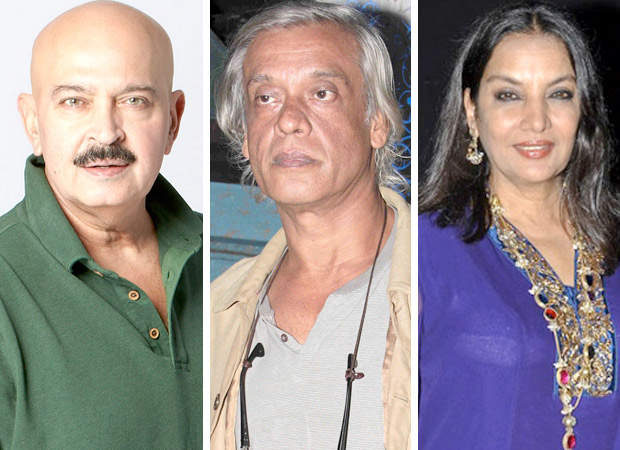 Shabana Azmi: “I condemn the reprehensible attack on Sanjay Leela Bhansali. Is it a mere coincidence that the attack on the film Water many years ago was also in a BJP ruled state? The guilty must be punished and the film industry should stand firmly together and do whatever it takes to ensure that such an incident is never repeated. This has reached flash point.”

Ajit Andhare (COO, Viacom 18 Motion Pictures, Producers Of Padmavati): “This is a huge low in the relations between politics and creativity. As a society is this how we want to express ourselves? And that too when there isn’t even an iota of denigration in what’s being created. We are celebrating the glory of the Queen. We are dismayed at the ugly turn of events.”

Prasoon Joshi: “I condemn what happened with Sanjay Leela Bhansali. He is a stalwart and a gentle soul. Violence can never be the solution. The idea of democracy is not to feed the animal in us but to nurture human values.”

Sudhir Mishra: “It’s about time the film industry stands up together and demand justice. When you slap Sanjay, you slap all of us and we should not take it lying down.”

Pahlaj Nihalani: “This is a shameful act of violence against the finest living filmmaker in the country. Sanjay Bhansali has taken our cinema to every corner of the world. He is celebrated as a genius all over the world. And look at how much he has done for tourism in India. His Khamoshi and Guzaarish were shot in Goa and promoted the beauty of the coastal paradise. Hum…Dil De Chuke Sanam and Ram Leela promoted Gujarati culture. Bajirao Mastani took the Maratha warrior’s story all over the world. And now Padmavati is all set to open a new chapter of our rich heritage and culture in Rajasthan. But will the lumpen elements allow Sanjay Bhansali to shoot in Rajasthan? Will he ever go back there? This is a big blow to Rajasthan’s tourism. Once the State government had agreed to let Bhansali shoot in Jaipur it was their responsibility to provide him protection. Why must filmmakers have to face danger while shooting outdoors in India? Abroad countries like Fiji, Mauritius and South Africa provide every safety and subsidy for Indian film shoots. In India, forget subsidies, even the wellbeing of your crew and equipment is not ensured.”

Rakesh Roshan: “Very very shocking and uncalled for behaviour. If anyone had a grievance things could have settled in a dignified way. I am with Sanjay all the way.”

Lyricist Prasoon Joshi writes a poem on the…