Anushka Sharma is a non-fussy dresser and keeps us hooked to her minimal chic style. She has teamed up with ace fashion stylist Anaita Shroff Adajania for some of her promotional styles for Zero. 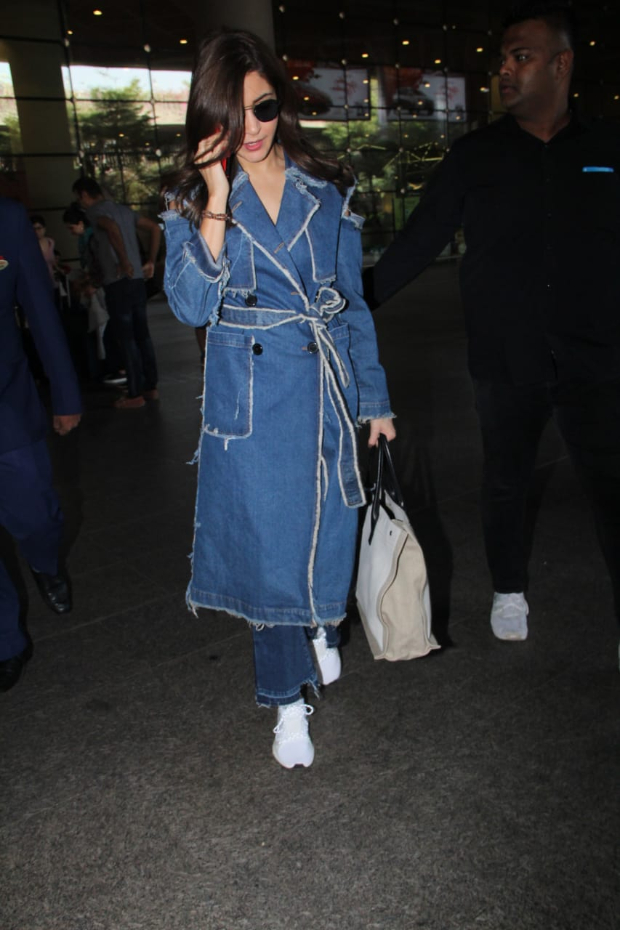 The actress was at the capital with her co-stars Katrina Kaif and Shah Rukh Khan for a promotional round. Anushka Sharma was snapped arriving from the capital looking chic in an all denim look. 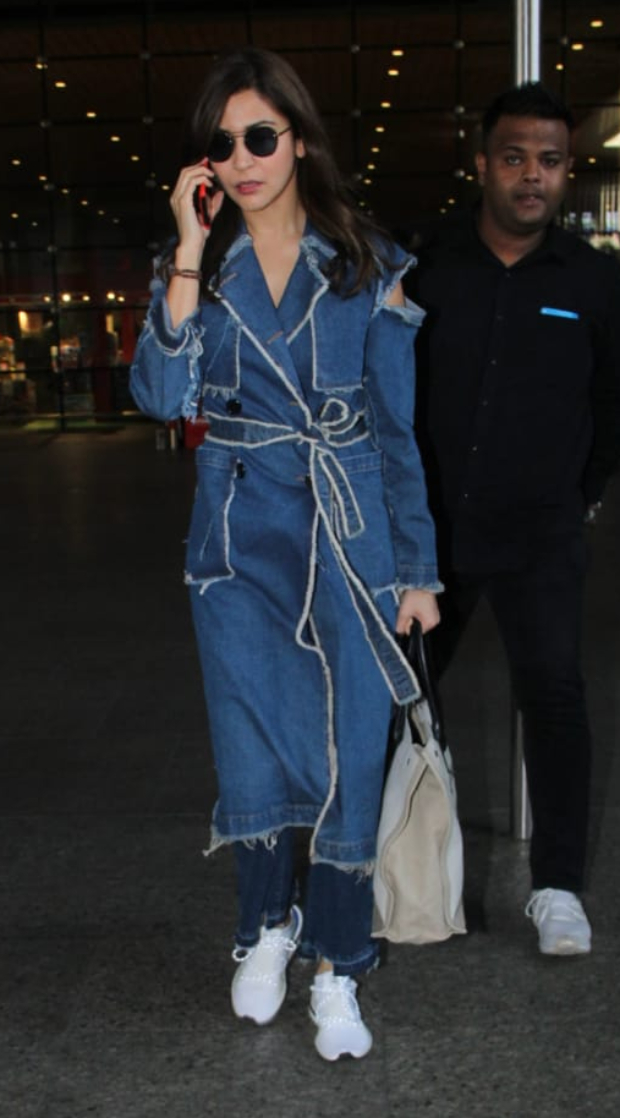 Anushka teamed a denim trench coat by Dhruv Kapoor with denim from Zara. 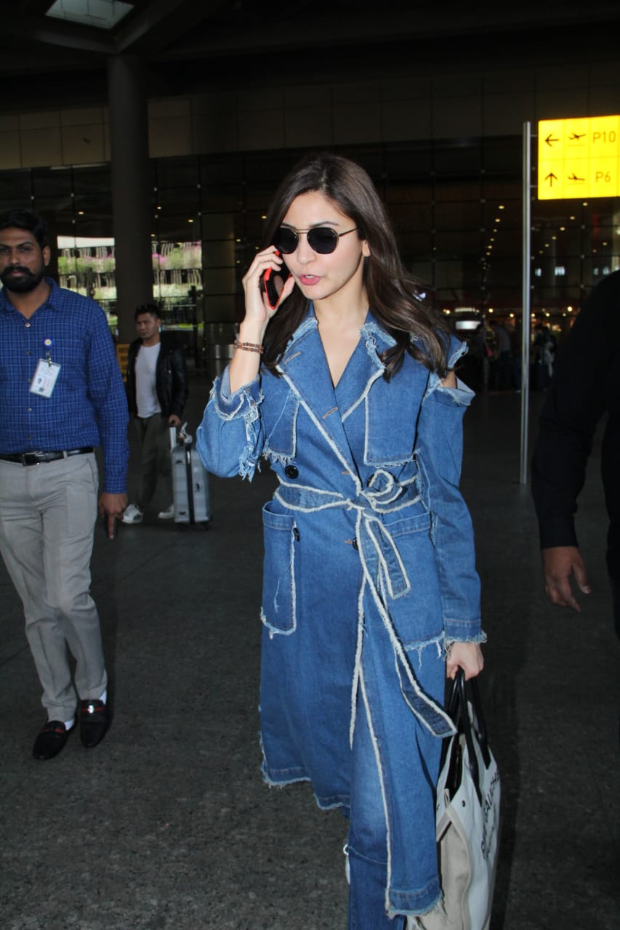 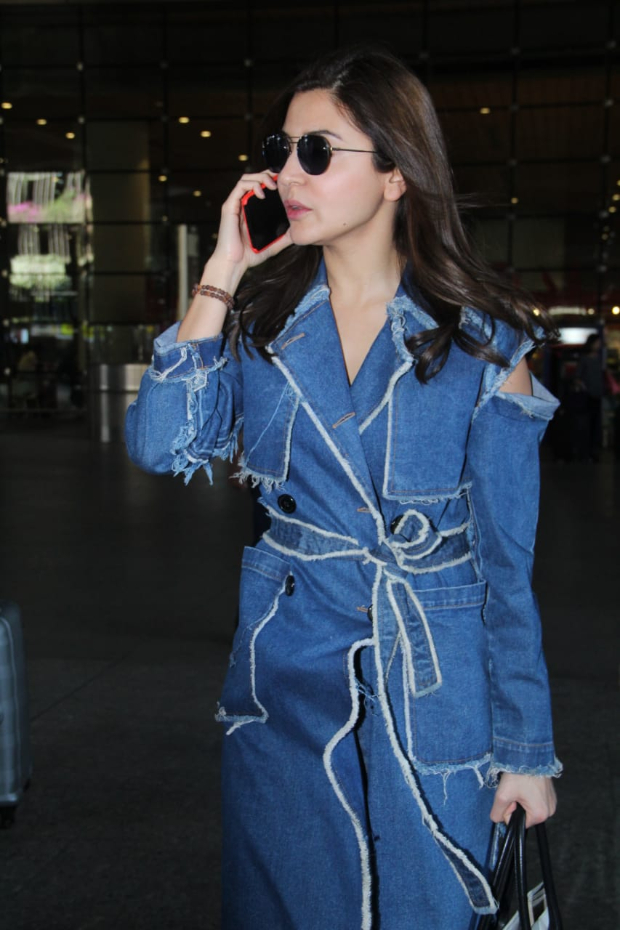 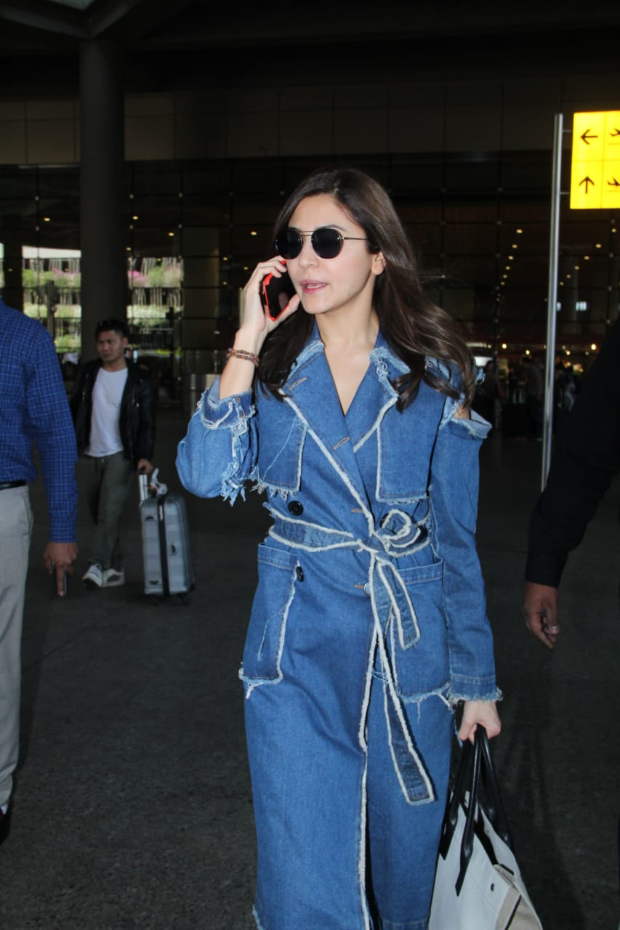