Ranveer Singh, who was last seen in Padmaavat, is currently busy shooting his next film, Simmba in Hyderabad. The shooting began earlier in June with Sara Ali Khan, director Rohit Shetty, Sonu Sood and producer Karan Johar. The blockbuster director is known for his big masala entertainers and looks like he going all guns blazing to give Simmba an unprecedented scale. 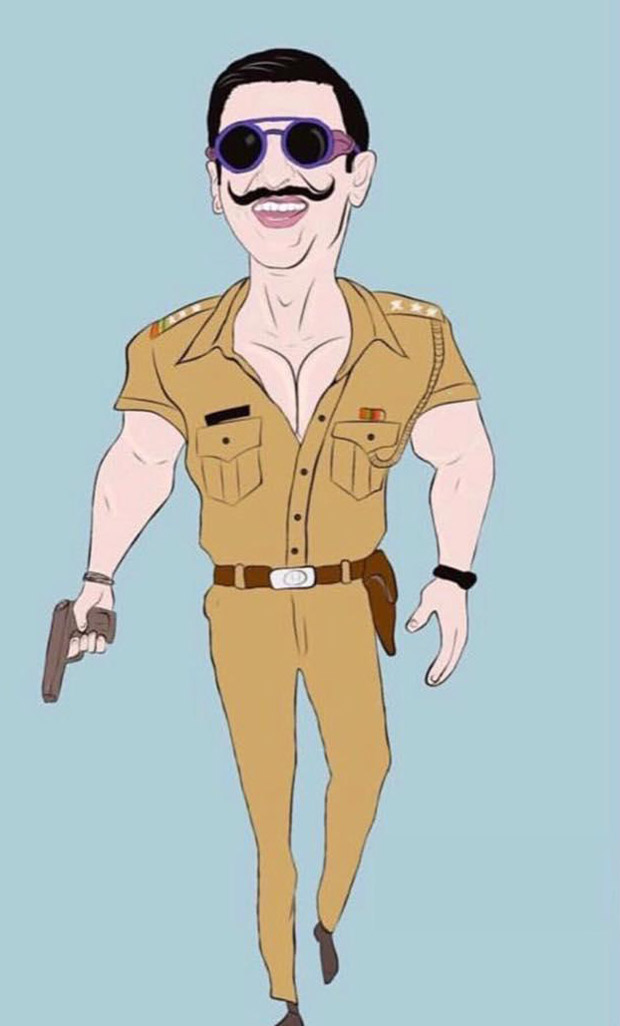 As Ranveer Singh continues to shoot for the film, he recently shared a caricature of his character of Sangram Bhalerao which will make you go ROFL. As he is essaying the role of a quirky cop for the very first time, he is super pumped about the role. Ranveer Singh is playing a cop and he will be sporting a super beefed up body in the film. On Monday, he captioned the captioned the caricature as, "AALA RE AALA #Simmba AALA ! ????????‍♂ @itsrohitshetty @karanjohar."

Just recently, Ranveer Singh filmed the title track of the film ‘Aala Re Aala Simmba Aala’ which is absolutely one of the biggest songs of his career. It has been choreographed by Ganesh Acharya, who has earlier choreographed Ranveer’s hit tracks ‘Malhari’ and ‘Khalibali’.