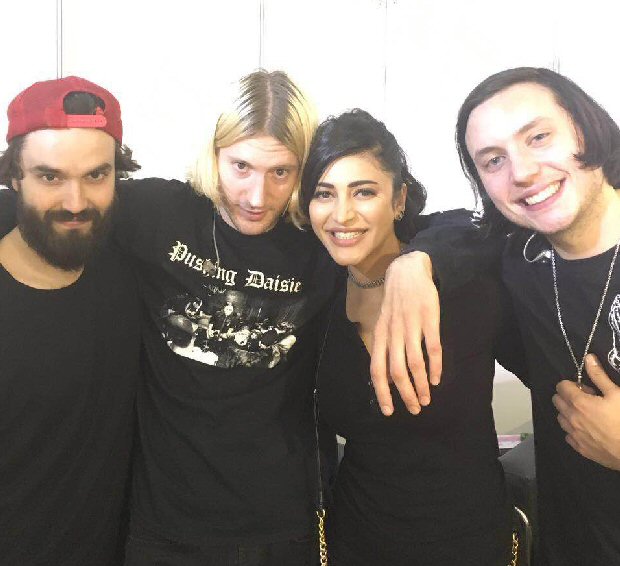 With the music season kick starting in full swing, a recent concert at the famous NH7 Weekender in Hyderabad was a blockbuster. Actress-singer Shruti Haasan too was a part of the fest considering that she is all set to go international with her recent collaborations.

As part of the 2 days NH7 weekender, British Alt Rock band Dinosaur Pile Up performed in Hyderabad last evening.  Shruti Haasan, who recently announced about collaborating with them, was seen attending and enjoying their music. An insider said, "She was shooting in Hyderabad for her Telugu film with Pawan Kalyan and attended the event and enjoyed their music with her few friends from the South industry which included Lakshmi Manchu and Rana Daggubati after pack up."

Adding further, the source revealed, "Shruti has been extremely busy and travelling a fair bit between her film and brand shoots along with the music work that she's doing in London. The schedule in Hyderabad has also been non-stop. As a manner of celebrating their collaboration the band extended a warm invitation to her to attend their stint at the event. Despite her hectic schedule, she was glad she got some time out to be able to watch the band perform on her home turf."