Shazam! The Fury of the Gods starring Zachary Levi back in his supersuit is quite exciting for the fans. Now, the film’s director David F. Sandberg has unveiled the Shazam family's new costumes for the DC Comics sequel film. 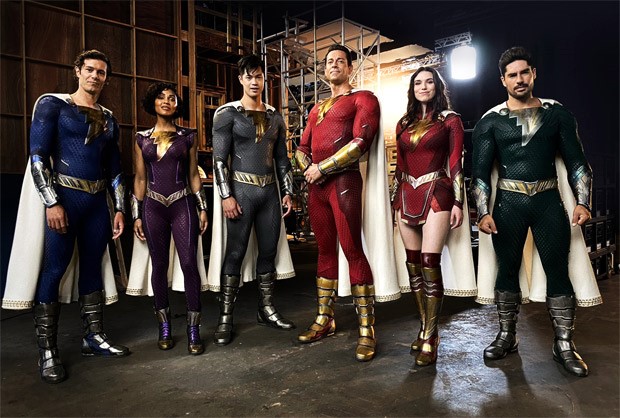 The director treated his fans with surprise June 21 and wanted to share the picture before all the looks got leaked since Zachary Levi’s new superhero suit was already leaked. On Monday, the director took to Twitter and shared the first glimpse of superheroes in the new costumes.  The picture features Shazam (Zachary Levi) along with Freddy Freeman (Adam Brody), Darla Dudley (Meagan Good), Eugene Choi (Ross Butler), Mary Bromfield (Grace Fulton), and Pedro Peña (D.J. Cotrona).

Alongside the post, David wrote, “Don't know how long we can keep the new suits from leaking so here's a pic I took the other day.”

Don’t know how long we can keep the new suits from leaking so here’s a pic I took the other day pic.twitter.com/41wStJ6oe2

According to Entertainment Weekly, "In the climax of the original Shazam!, Michelle Broth portrayed the character's adult Mary Marvel form, but Sandberg confirmed on Twitter that Fulton will now play both parts.”

Shazam! Fury of the Gods is currently under production and will hit the theatres on June 2, 2023.