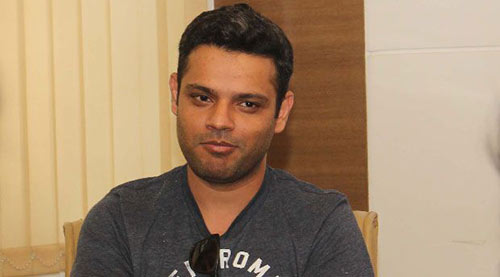 Sharat Katariya's Dum Laga Ke Haisha (DLKH) has created a miniature storm. But Sharat who has earlier directed 10ML Love a desi version of Shakespeare's A Midsummer Night's Dream, has not allowed his family to watch the film.


"That's because they'll all recognize themselves in one character or another, and I am scared they'd pull me up for using their lives without permission," says Sharat who hails from a large joint family in East Delhi.


"It isn't the affluent side of Delhi and certainly not where the elite of the Capital live. It's a normal middleclass locality where you'll find people from all over North India. The world I've created in DLKH is a world I've lived in. These are characters I know first-hand," confesses Kataria.


He has an interesting story about how he met his mentor Rajat Kapoor. "We are both pretty much shy people who like to be left to ourselves. At least I own a cellphone. Rajat doesn't own one to this day. I was introduced to Rajat by sound designer Resul Pookutty who told Rajat I was someone who could work with him."


This introduction started off a long-term association.


Says Sharat affectionately, "I actually assisted him for only one of his films Raghu Romeo. But I worked closely with him. I'd type out his scripts. That's how I got to know how to write a script."


Interestingly, Sharat has used the well-known Italian composer Andrea Guerra to do the background score in DLKH.