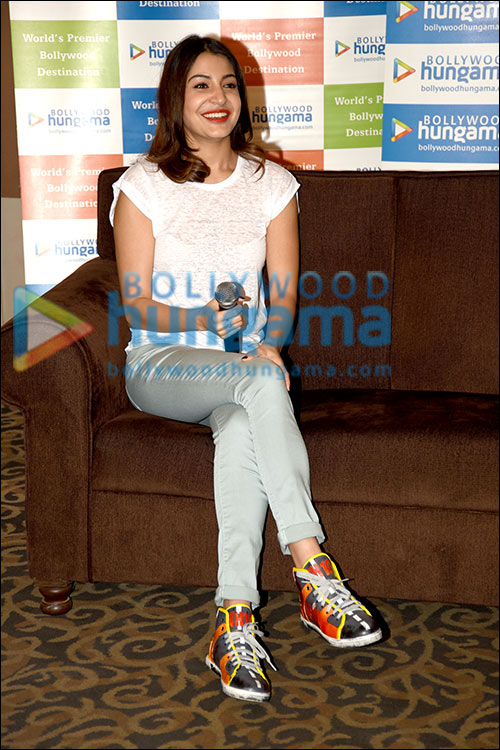 Keeping the contemporary situation in mind, every film requires promotions, branding and merchandising (in that order). That also explains the reason as to why we saw the biggest superstars brainstorming and coming up with unique methods to promote their films. How can one forget the stunning but unique Ghajini haircut and other things which stars have been regularly indulging themselves into.

If you thought that a film's promotions and branding were only restricted to the male lead stars, well, it's time for you to think again, for the actress-turned-producer Anushka Sharma recently started a trend of sorts when she attended Bollywood Hungama's 'Meet N Greet' event along with promoting her upcoming film NH10. While the actress was dressed to kill (as usual) for the event, it was her shoes that caught everyone's attention. Sporting a casual denim-top look, Anushka Sharma was wearing customized shoes which not only had 'NH10' written on them, but also the film's tagline 'No Turning Back: Jo Karna Hai So Karna Hai'.


Considering the film is also Anushka Sharma's maiden production, we believe she doesn't want to leave any stone unturned to promote NH10.