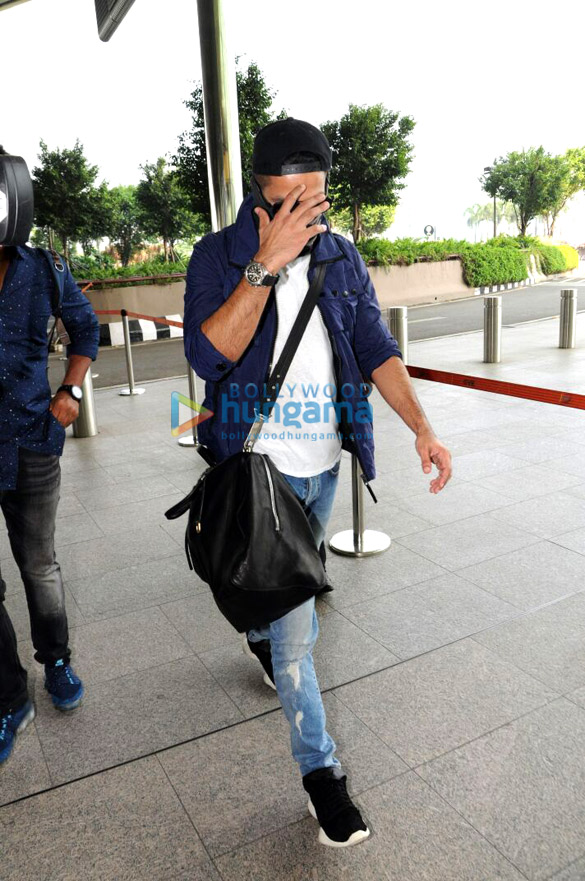 For more than a year, Shahid Kapoor was seen in a bearded look with long, stylish hair that made for a great watch. The look was for his film Padmavati, in which he will be seen as Maharawal Ratan Singh, the great Rajput ruler. The shoot of the film took a long time and Shahid Kapoor had no option but to maintain this sexy, dashing look that got thumbs up from everyone. Especially after the poster was out featuring him, viewers realized that looked absolutely brilliant and also suited his character. 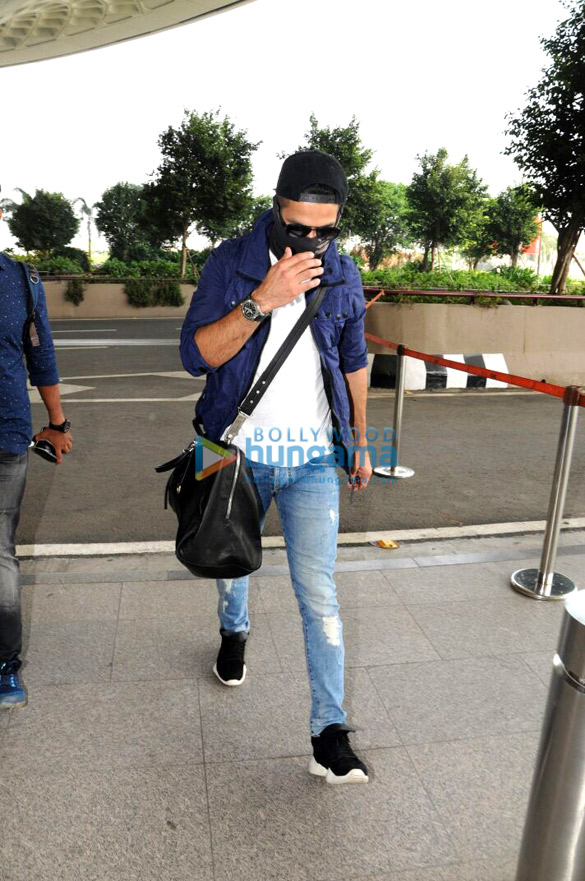 Now that the shoot of Padmavati has been wrapped up, Shahid Kapoor finally did away with his long hair, beard and moustache. The media and fans were eagerly waiting to see his new look. But sadly, the actor chose to hide his face! His first public appearance post the change of look was at the airport today. The actor tied a big, black handkerchief to hide his moustache and beard or in other words, the lower part of his face. He wore sunglasses and on top of that (pun intended), he also wore a cap. But a small amount of his hairline is visible and it seems like he has really cut his hair short. Even then, Shahid was trying to hide his face using his hand, a la Manoj Kumar.

Shahid Kapoor’s next film after Padmavati will be Batti Gul Meter Chalu. It is directed by Toilet – Ek Prem Katha director Shree Narayan Singh and deals with a common man’s fight against the power distribution companies.