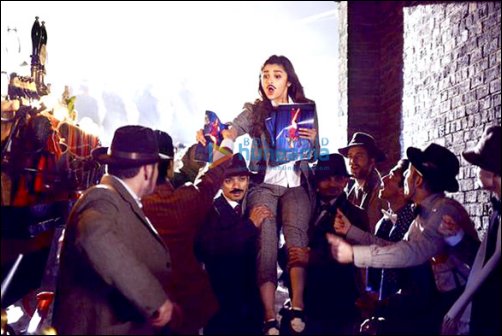 If there's one onscreen couple whose chemistry is making heads turn, it is definitely Shahid Kapoor and Alia Bhatt. The film in which they can be spotted together is the 'mush-awaited' Shaandaar, which is directed by Vikas Bahl and produced by Dharma Productions and Phantom Films.

With the film's first song 'Gulaabo' all set to be released today, Shahid Kapoor tweeted a super cute image of Alia Bhatt from the track with an apt caption "Alia full on publicising Gulaabo. Haha :)) #GulaaboOutOn10th."