Saajan, one of the most famous romance films of the 1990s, turns 30 this month. Mamta Sharma has released her version of ‘Mera Dil Bhi Kitna Pagal Hai’ as a tribute to the Salman Khan, Madhuri Dixit, and Sanjay Dutt love triangle. Shaheer Sheikh, a prominent small-screen performer, appears in the love song's music video. 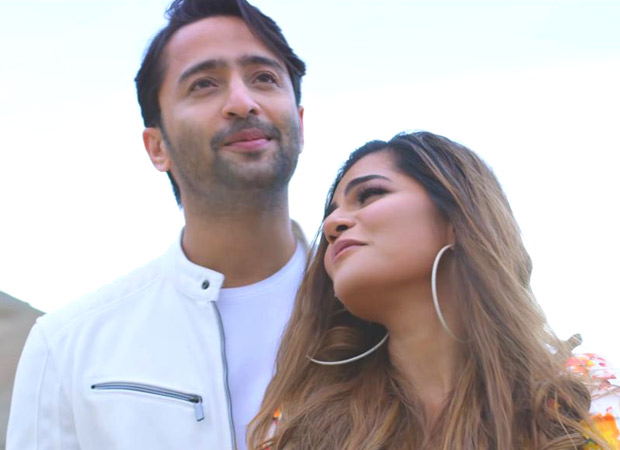 Shaheer is riding his bike when he is stopped by a policewoman in the song video (Mamta). He is mesmerized by her attractiveness as he is penalized for not wearing a helmet. The video then transitions to a dream sequence in which the two are romancing in Leh-stunning Ladakh's scenery.

After attempting to court his lady love by riding without a helmet every day, the young man ultimately succeeds in wooing her, and the song finishes happily.

Mamta Sharma has given the song a Punjabi touch, making it sound very different from the original. The vocalist, who is most known for her upbeat song ‘Fevicol Se,’ has done a good job with this relaxing piece. In terms of acting, while Shaheer nails his romantic role, Mamta needs to work on hers. In addition, the two do not appear to be a good match as a couple.

Shaheer Sheikh wrote on Instagram that he fell in love with the music the instant he heard it. “When I first heard this song, I was completely enthralled... Hopefully, you'll enjoy it as well.. :) #MeraDilBhiKitnaPagalHai,” he added.

Shaheer Sheikh is excited about his next music video with Hina Khan. The music video, titled Mohabbat Hai, directed by Mohit Suri and will feature the actors reuniting after their blockbuster song ‘Baarish Ban Jana.’ Shaheer is now starring in Sony TV's Kuch Rang Pyaar Ke Aise Bhi in the lead role.