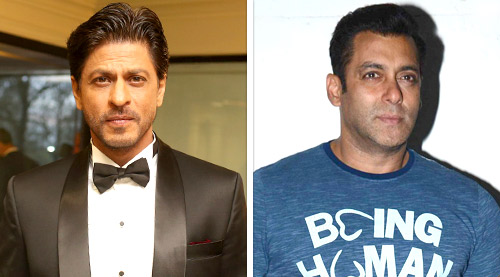 Earlier we had reported how audiences are going to face a dilemma during Eid next year, since two superstars, Salman Khan and Shah Rukh Khan will have releases on the same day. While Shah Rukh's Raees has been in the news for almost a year, Yash Raj Films recently announced the release date of the long pending film with Salman, titled Sultan.


When quizzed about the much-awaited 'clash' during a press conference, Shah Rukh Khan mentioned that there is nothing like a clash since they are friends. He said, "First, it's not a clash. There are only 365 days, 54 Fridays, we make 200 films, it's bound to happen that some films will release on the same Friday and most of the people involved in both these films are friends. Adi is producing it, Salman is acting in it; Excel is producing it (Raees), Red Chillies is doing it, I am part of it."


As far as the business point of view is concerned, while Shah Rukh Khan agrees to the fact that business will get divided, he maintains that they will work out things in a way that both of them benefit from it. "I think yes, absolutely, business will get divided, lekin hum log itne acche dost hai toh har cheez saath saath karenge, toh film bhi saath mein release karenge (since we are friends, we'll do everything together, even releasing films). I think there will be films which will come together, which will release together and as far as the whole team on both sides is concerned, we are very respectable, loving and friendly people with each other. So we'll work out things in a way we get the best business time as possible."


Shah Rukh Khan not only answered the queries tactfully but he was also all praises for Salman Khan's Bajrangi Bhaijaan. Readers may be aware that when Bajrangi Bhaijaan's first poster was released, it was Shah Rukh Khan who was the first to promote it. Talking about it and the film, Shah Rukh added, "Kabir has made the film, Kareena and Salman are acting in it, they are all friends and I really liked the poster. I am happy. I saw the trailer and it's fantastic. I think Inshallah the film will be fantastic too. Salman looked as cool as he always does."