Pooja Dadlani, Shah Rukh Khan's manager, released an unseen photo of the superstar's youngest son AbRam with Karan Johar's twins, Yash and Roohi, on Thursday. Pooja shared the photo on her Instagram stories as a birthday greeting to a friend. 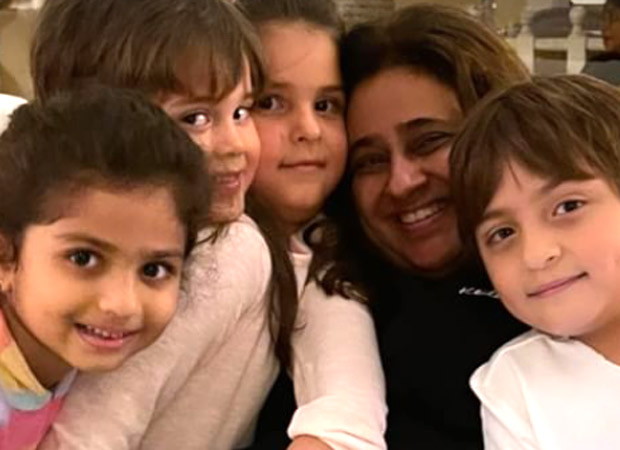 Pooja's buddy is seen in the shot with AbRam, Yash, Roohi, and her own kid Reyna. On her social media accounts, Pooja frequently posts candid photos of herself with Shah Rukh, Gauri Khan, and their children Aryan Khan, Suhana Khan, and AbRam Khan.

When Shah Rukh Khan's eldest son Aryan was arrested by the NCB following a cruise drug bust, Pooja Dadlani, along with the superstar's security chief, was present in court everytime.

Pooja Khan wished Aryan Khan a happy birthday with a selfie of herself and the star son on his birthday in 2019. "He’s got his father’s intelligence, mother’s charm, and his own sense of humor. A sensitive boy with his heart in the right place. Here’s wishing the eldest cub – Aryan – a very Happy Birthday! @___aryan___.”

Pooja Dadlani, Shah Rukh Khan's manager since 2012, is like a family member to the actor.