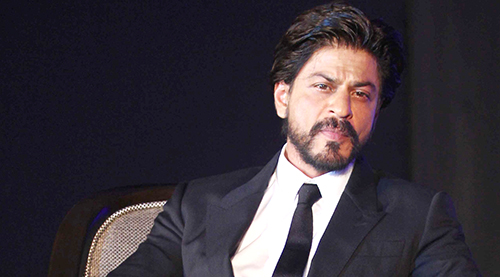 Over the years films have evolved and so have the rules and guidelines that govern their rating. With an increase in recent films depicting violence, cuss words and abusive language, the powers that be at the censors have developed even more stringent rules to tackle this issue. However, in a recent interview with a film magazine, Bollywood star Shah Rukh Khan broached the topic of censorship, while talking about why his films have never had an issue with the CBFC (Censor Board of Film Certification).

But what caught our attention was what Shah Rukh Khan talks about in the interview. In fact the actor starts off stating that his films are usually family films meant for one and all. Further he goes on to cite the example of the Kareena Kapoor Khan starrer Heroine that features the line 'I fu***d a babe!' which quite literally shocked the actor, as he learnt that such language was used in films. Explaining his stand on self-censorship when it comes to topics like this, Shah Rukh Khan reminisced on words that were once told to him that when an actor (especially of the calibre of SRK) was seen smoking in a film, kids or those of malleable minds can and are influenced to follow. Keeping this in mind, Shah Rukh states that he usually chooses to self-censor his films before approaching the official censoring body for a rating.

Further citing the example of his last release Fan, Shah Rukh Khan adds that the film did contain a dialogue where in the character of Gaurav mouthed the line, 'Thoda kameenapan dikhana hai mujhe'. But while the dialogue seemed cool to hear, the actor said that as a parent he would definitely not want his son to use such language and hence decided to edit that dialogue from the film even before approaching the CBFC.

Ending on a lighter note, SRK laughed the matter off, while enunciating that though a film titled Kaminey could release, censorship was no laughing matter.