Bollywood’s biggest superstar Shah Rukh Khan turns a year older today. While thousands of fans have gathered outside Mannat to get a glimpse of him, social media is flooded with birthday wishes for him. Among many others, actress Dia Mirza has also dropped an adorable throwback picture to send virtual wishes to SRK. 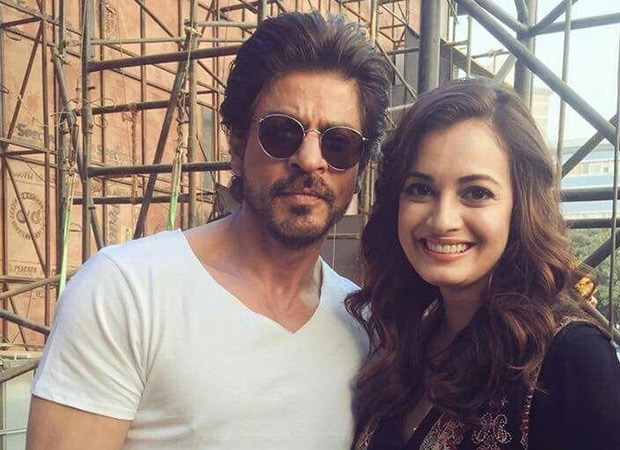 Shah Rukh Khan gets a unique birthday wish from Dia Mirza as she posts a throwback picture with him, See pic

Interestingly, the throwback picture features an old magazine cover, featuring Dia Mirza with King Khan, and Lara Dutta and Priyanka Chopra. In the image, all three ladies can be seen sporting stunning outfits and glittery crowns. For the unversed, all three of them won the Miss India title in 2000. Meanwhile, Khan looks dapper in all-black attire.

Captioning her Twitter post, Mirza wished him birthday and wrote, “I’d rather look at you than anything else - then, now and forever! Thank you for bringing so much joy to our lives. Thank you for being you. May this year be wonderful in every way.” While a section of fans went gaga over the picture, many of them thanked Dia for sharing it.

Happy Birthday @iamsrk ????????❤️ I’d rather look at you than anything else - then, now and forever! Thank you for bringing so much joy to our lives. Thank you for being you. May this year be wonderful in every way. pic.twitter.com/eII2QQPapA

On the 57th birthday of Badshah, he unveiled the first teaser of his upcoming film Pathaan, which will also mark his comeback. Though he was recently seen in the Ayan Mukerji directorial Brahmastra for a cameo, fans were eagerly waiting for Pathaan. Directed by Siddharth Anand, the film will also star Deepika Padukone and John Abraham. It is slated to release on January 25, 2023.

In a statement, Siddharth said, “For us, Pathaan is not just a film, it is an emotion as we are aiming to make the biggest action spectacle with one of the all-time biggest on-screen icons that Indian cinema has ever seen.”

Also Read: Pathaan teaser out: Alia Bhatt, Hrithik Roshan, Anushka Sharma & other celebs are all praises for the SRK starrer