Netflix today dropped the teaser for Korean original movie Seoul Vibe starring Yoo Ah in the lead role. Premiering on August 26 exclusively on Netflix, Seoul Vibe features a stylish crew of gearheads who team up to bust a crime ring as the South Korean capital gets ready to host the 1988 Olympics. The breathtaking driving sequences, popping visuals and groovy soundtrack make this movie a feast for the senses. 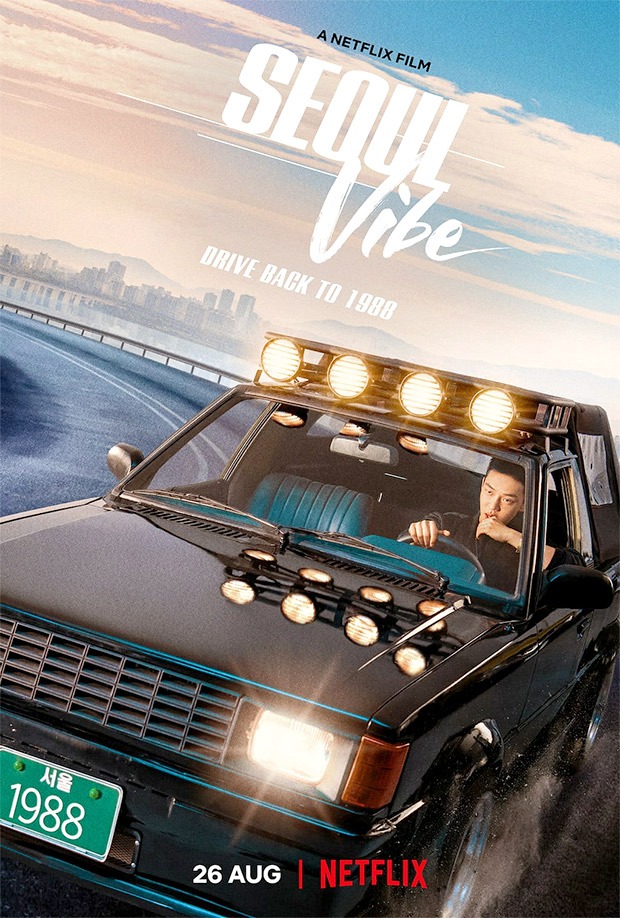 The summer of 1988 sees South Korea in the grip of Olympics fever as Seoul gears up to host the massive event. In the days leading up to this Summer Olympics, a crew of drivers and mechanics called “Sanggye-dong Supreme Team” uncovers some fishy business involving a VIP slush fund.

Together, Yoo Ah In (as Dong Wook, the supreme driver with perfect drifting skills), Koh Kyung Pyo (as John Woo, the club DJ), Lee Kyu Hyung (as Bok Nam, the human navigator), Park Ju Hyun (as Yoon Hee, the talented motorcyclist) and Ong Seong Wu (as Joon Gi, the mechanic) will uncover the truth behind a massive money laundering ring.

Action junkies can look forward to the film’s thrilling driving sequences featuring cool retro vehicles, complete with screeches and skid marks that are sure to get your pulse racing.

Director Moon Hyun Sung says, ”When choosing the exterior look of the vehicles, we wanted to aim for hip-hop and retro feel. I like to call this a ‘hip-tro’ vibe.”

Seoul Vibe is also packed with colourful visuals, funky music and retro fashion that bring the trendy 1980s to life.