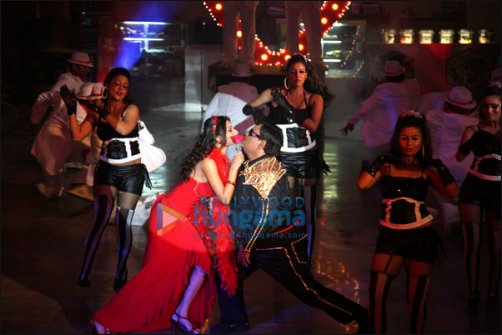 He one of the most famous actors and directors in Bollywood who has given us countless entertaining films. He is none other than Satish Kaushik. Well, with his next film Qasam Se Qasam Se he is all set to surprise us again.

The film, which marks the debut of Azim and Faith, along with the director Ashfaque Makrani will also see Satish Kaushik playing the role of a college canteen owner who is fondly called Mamu by Azim and his group of college friends. Just recently, the makers shot for a song with Satish, who was wearing the same kind of clothes like the way Mr. Bachchan did in the film Yaarana. Looking at this movie still, we can surely expect some Satish Kaushik style of comedy in this movie.

Satish Kaushik tells us what to do 'When…