Filmmaker Sanjay Leela Bhansali has always been in everyone's list of 'dream directors' they want to work with. Be it Ranveer Singh, Deepika Padukone, Priyanka Chopra or any new star, everyone has time to time mentioned that they want to work with the filmmaker who has given some of the most iconic larger than life films like Devdas, Ram Leela, Bajirao Mastani, Padmaavat, Black among others. Now, even the newbie Sara Ali Khan has shown keen interest that she wants to work with him in a period drama. 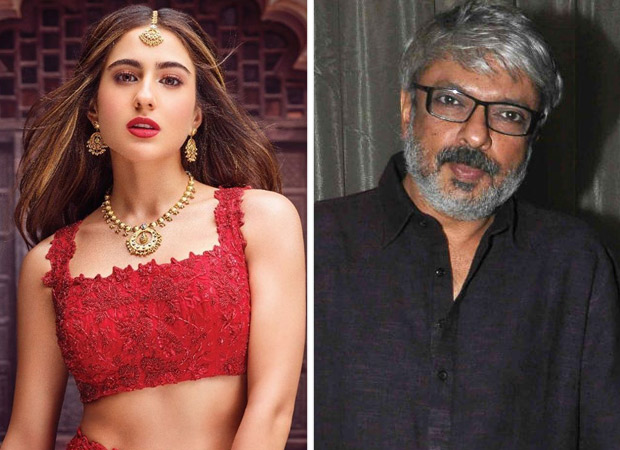 Saif Ali Khan and Amrita Singh's daughter Sara Ali Khan made her debut in Kedarnath last year and also starred in masala entertainer Simmba. With two movie releases in a month, the actress instantly became a sensation not only for her acting but also for the way she conducts herself. Every celeb has a wishlist of what kind of movies they want to be a part of and which directors they want to work with. Sara Ali Khan recently said that she would love to work on a period film with Sanjay Leela Bhansali. She further said that she would like to do an urban relatable film, romantic comedies, commercial masala movies and even try action genre too.

Sara Ali Khan who is just two films old in Bollywood has become a sensation within such a short span of time with marketers betting big on her and filmmakers seeking to sign her. The actress will be next seen in the recently announced Imtiaz Ali‘s next alongside Kartik Aaryan and with Varun Dhawan Coolie No. 1, both of which are slated to be released next year.

ALSO READ: Sara Ali Khan shares a heartwarming post for her teacher on the occasion of Guru Purnima