Sara Ali Khan is one of the most popular and loved actresses of the new generation. The actress who made her debut in 2018 with the film Kedarnath was quick to make a place in the hearts of her audience with her performance and her off-screen persona. 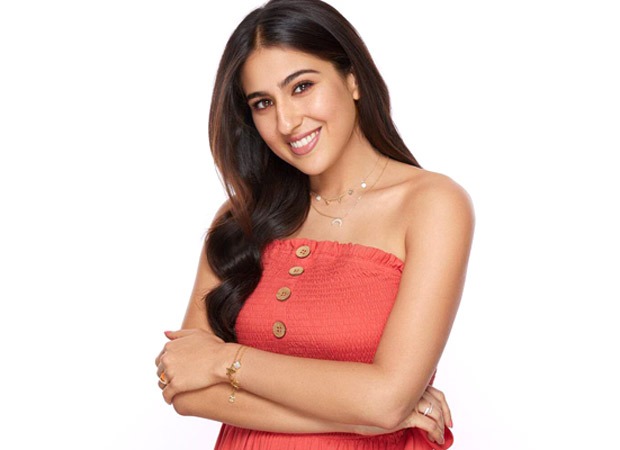 For a recent ad film, Sara Ali Khan opted for a simple look as she spoke about the importance of good health. In an ad for Healthify me, Sara opted for a simple orange off-shoulder jumpsuit. She accompanied the outfit with simple silver and gold jewellery with stars and moons on them. She opted for minimal makeup to complete the look.

In the ad, Sara showed an old picture of herself when she weighed 95 kgs and spoke about how she opted for a healthy life and reduced her weight to 56 kgs. Healthify Me is a fitness and health app that helps people track their calories and workouts.

Sara Ali Khan has been quite vocal about the drastic weight loss she underwent before joining the film industry. The actress who weighed 95 kgs shed off 40 kgs in a span of nearly two years before she started shooting for her debut film. The actress who enjoys sharing glimpses from her life on social media also shares her workout videos on Instagram inspiring people to stay fit and adopt a healthy lifestyle.

On the work front, Sara Ali Khan is currently basking in the success of her film Atrangi Re. Directed by Aanand L Rai; the film also stars Dhanush and Akshay Kumar. She is currently shooting in Indore for Laxman Utekar’s next with Vicky Kaushal.

ALSO READ: EXCLUSIVE: “I do not seek for external validation” – says Sara Ali Khan on self-censorship