There are no two ways about it: Sara Ali Khan aptly defines wanderlust. The actress was in Ladakh with Radhika Madan just a few weeks ago on vacation. Sara went to the Maldives for a week or so soon after she returned. The actress is now in Jammu and Kashmir, in northern India, taking in the sights. 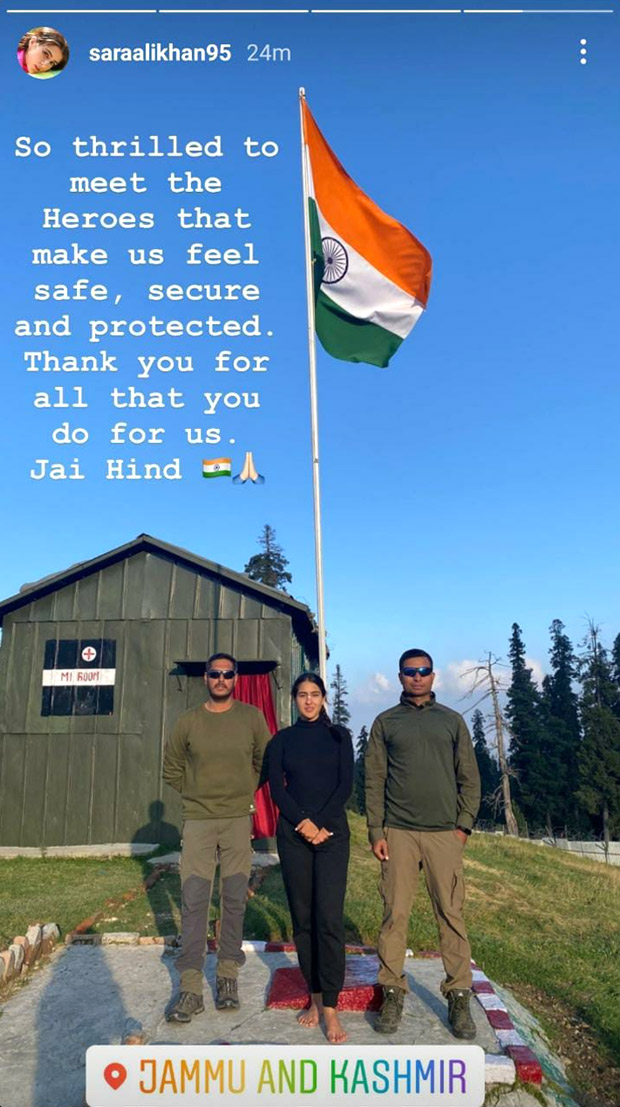 Sara took to Instagram on Wednesday to post a photo from her trip to the north, where she met several men of the Indian Army. Sara can be seen smiling for a photo with Indian Army personnel against a backdrop of the tricolour flying high. The actress expressed her gratitude for the chance to connect with the Indian Army.

Sara wrote a grateful note to them, thanking them for keeping India safe. She penned, "So thrilled to meet the heroes that make us feel us safe, secure and protected. Thank you for all that you do for us. Jai Hind."

Sara also went on a trek while in Kashmir. Her most recent photo from the hills included a lovely canine companion who appears to have joined her hiking group. Sara was quick to give a sneak peek of it with her Instagram followers.

In the meantime, Sara Ali Khan is preparing for her next film, Atrangi Re. The film is directed by Anand L Rai and stars Akshay Kumar and Dhanush in major roles. According to a source, the film's screenplay will follow a non-linear tale of two parallel relationships from separate times. The film is set to hit theatres this year.