Last Updated 20.01.2022 | 8:00 AM IST
feedback language
follow us on
Bollywood Hungama » News » Bollywood Features News » Sara Ali Khan defends her bouncer after paparazzi tussle; says “He would never do such a thing”

Sara Ali Khan is currently busy promoting her upcoming film Atrangi Re co-starring Dhanush and Akshay Kumar. Recently after the launch of the song ‘Chaka Chak’ from Atrangi Re, the paparazzi and the actress's security team had a minor tussle. A man was pushed down and Sara who saw it apologized and told a guard, "Aap nahi kijiye aise. Dhakka mat dijiye, koi baat nahi (Don’t act like this. Don’t push anyone, it’s okay).” 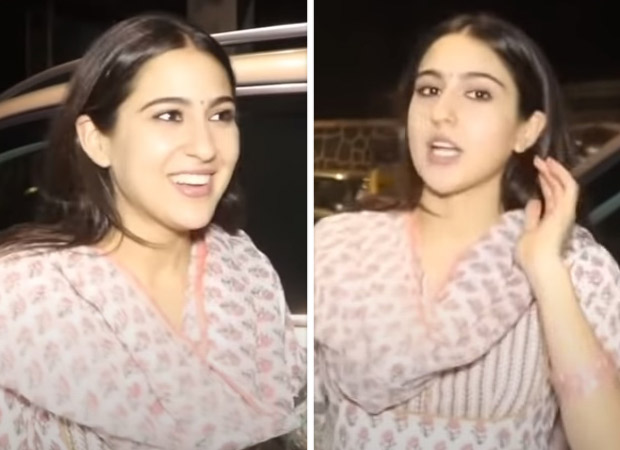 Two days after the incident, Sara Ali Khan while interacting with the paps defended her bouncer. She said that her bodyguard was not at fault and that someone else had pushed the man. “Inki galti nahi hai mujhe pata hai. Woh Kabhi aisa nahi karenge (I know it was not his fault. He would never do such a thing),” Sara said to the paps as she stepped out in the city earlier today.

Meanwhile, Sara Ali Khan starrer Atrangi Re released its first song ‘Chaka Chak’ on Monday. In the upbeat number, Sara can be seen grooving to the beats, dressed in neon green and pink saree. The song, also featuring Dhanush, is set in a South Indian style celebratory event. The song has been sung by Shreya Ghoshal and composed, arranged and produced by A R Rahman.

Directed by Aanand L Rai, Atrangi Re will be released on Disney+Hotstar on December 24.