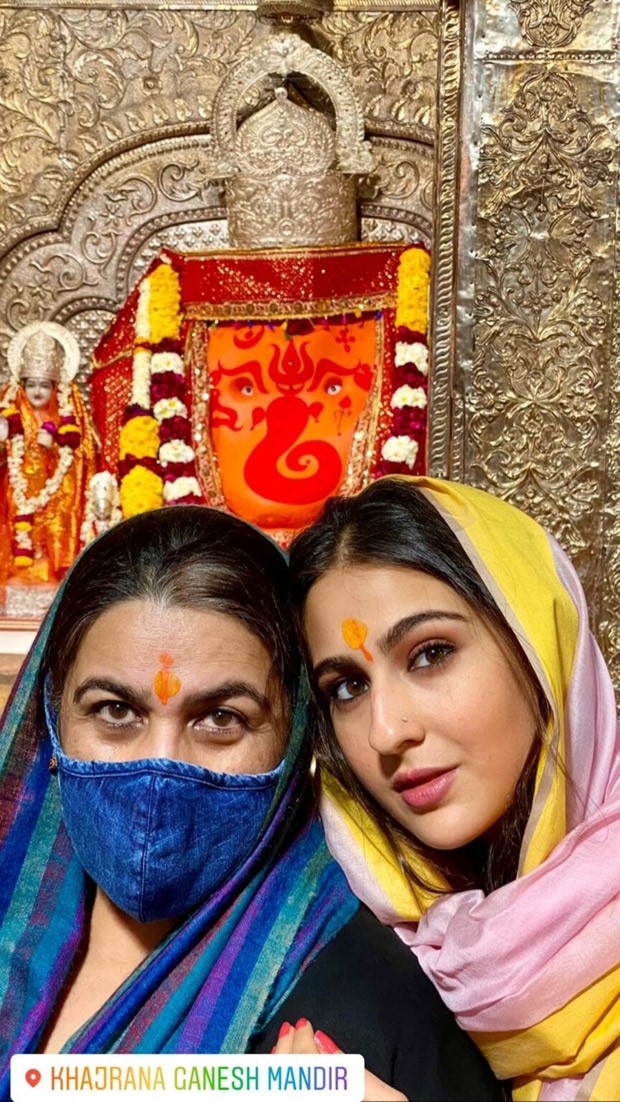 Sara posted some photos of the temple on her Instagram stories, which quickly went viral. She can be seen worshipping Lord Ganesha in the temple in these photos. She also had a photograph taken with the temple's priest.

Sara arrived at Khajrana temple at 6 p.m., according to Ashok Bhatt, the temple's primary priest. She stayed in the temple for around 10-15 minutes, escorted by security. She went to all of the temples on campus during this time. Sara took a selfie with Lord Ganesha as well 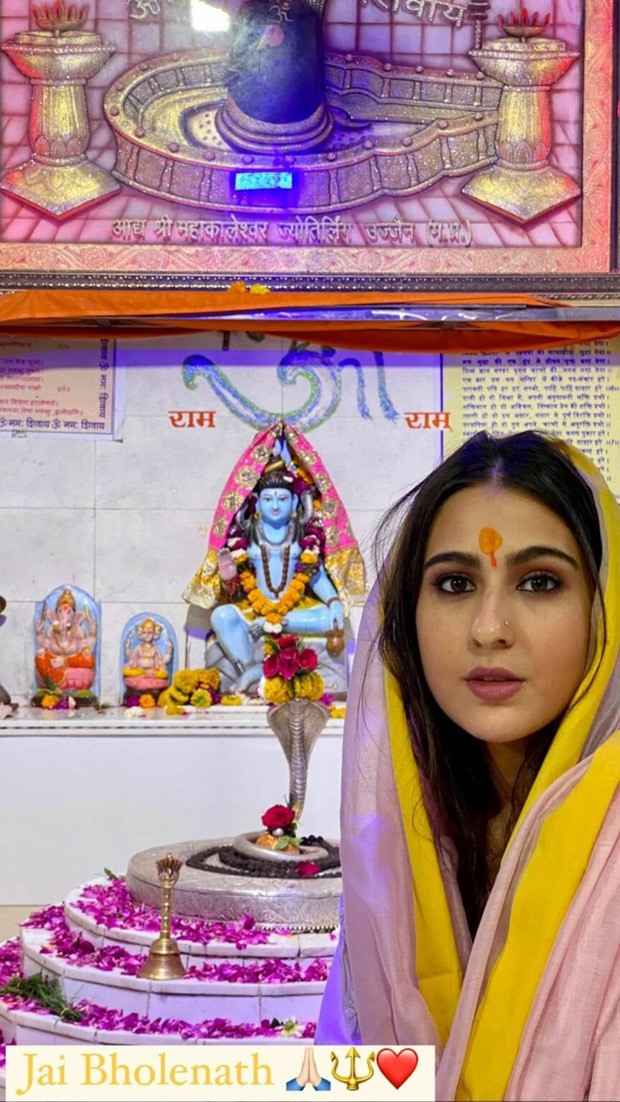 Meanwhile, Sara Ali Khan is currently shooting in Indore for her upcoming film with Vicky Kaushal. She has been taking quick breaks from her shoot schedules to go sightseeing in the city. Her mother recently accompanied her to Mahakal's Darbar. 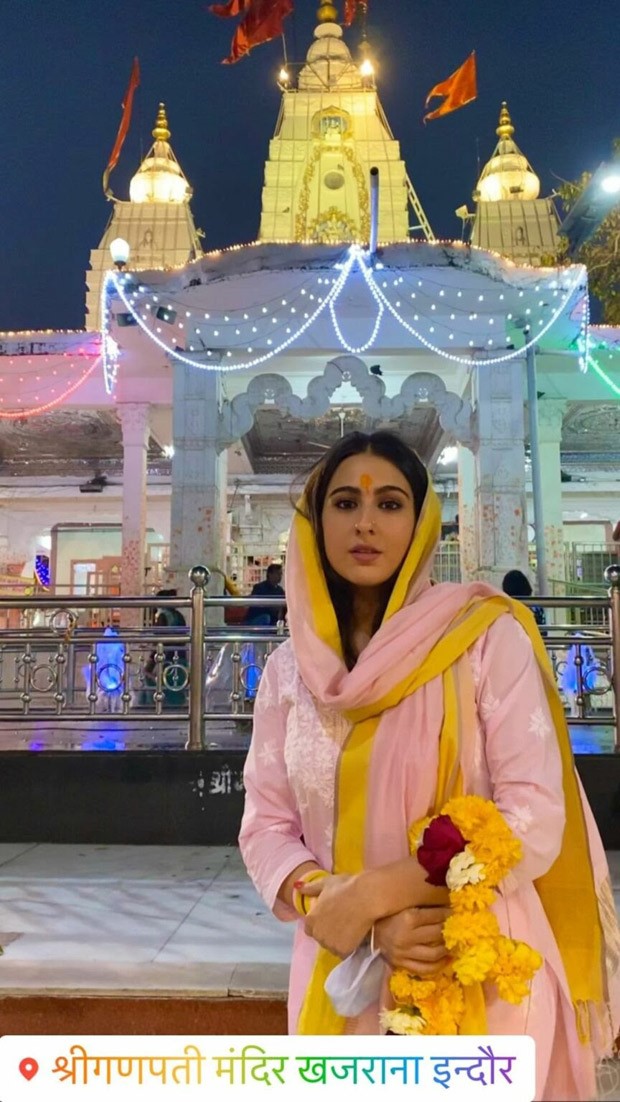 On the work front, Sara Ali Khan and Vicky Kaushal will share the screen for the first time. Recently, a video starring both actors went viral on the internet. Vicky was seen riding a bike as Sara sat behind him in a fleeting glance.