Sara Ali Khan and Akshay Kumar had wrapped the shooting of Aanand L Rai earlier this year along with Dhanush. Akshay and Sara met director Aanand L Rai on Thursday to watch the film at his office in Mumbai. Sara also posted a photo from her Atrangi Re dub session on Instagram. 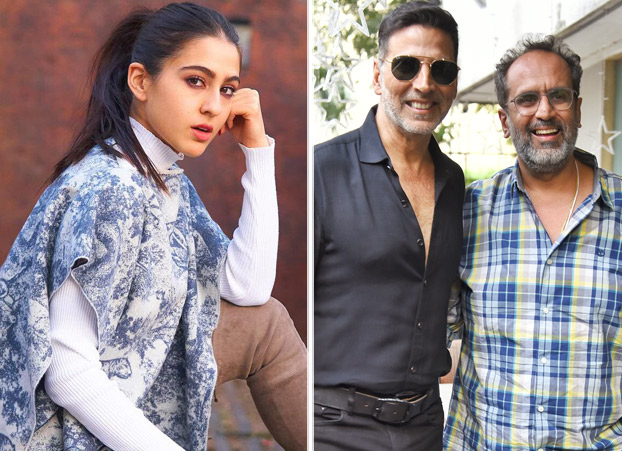 Sara Ali Khan and Akshay Kumar meet Aanand L Rai to watch the rushes of Atrangi Re; Sara to be seen in a double role

An industry source recently shared that the team Atrangi Re headed to Aanand L Rai's workplace to watch some rushes of the film. The source revealed, "The team members of Atrangi Re were outside their director's office as they met to see the glimpse of the movie. Sara and Akshay looked quite happy when they were papped coming from the office, the duo posed excitedly as the photographers clicked them."

Sara is going to play a totally different avatar in a double role. The movie showcases the cross-cultural love story of fresh jodis, Sara-Dhanush, and Sara-Akshay, which is absolutely going to be a fun watch on-screen.

The highly-anticipated Indian musical romantic drama, Atrangi Re has a fantastic, never-heard-before subject and storyline. Shot in North India and Madurai, the film is expected to tantalize masses with it's non-linear narrative of two romances running in parallel from different timelines.

On the last day of the shoot, Sara had shared a couple of pictures from the sets and shared a heartwarming note. "That's a film wrap... Ek saal baad...Thank you so much Aanand L Rai sir for giving me this role, this film and this opportunity. But more than that thank you for your unconditional love, unwavering support, the best India darshan, delicious khana, early morning sunrise drives to location, sufi ginger water evenings, and the most memorable year with the best team (sic)."