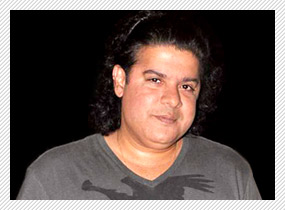 It appears that when Sajid Khan said he wanted to pay homage to the 'masala' films of the 80s with Himmatwala, he really meant it. While he has ensured that the look and characterization of his actors as well as the overall setting and milieu is similar to that of the era gone by, insiders confirm that the same holds true for the film's dialogues as well.

"The original Himmatwala with Jeetendra and Sridevi had Kader Khan writing dialogues which were totally mass oriented. In fact the veteran actor and writer is credited with penning dialogues of over 100 films, most of them in the 80s and majority of them starring Jeetendra and Amitabh Bachchan. For his version of Himmatwala, Sajid wanted some 'damdaar' dialogues that enticed 'taali maar' amongst audience", informs a source.

While he was nostalgic about Kader Khan's work, Sajid's brief to his writers Sajid-Farhad was also to step into a similar zone and bring on the kind of mass friendly dialogues that could send single screen audiences in ruptures.

"This suits Ajay Devgn's on-screen persona as well because whenever he has indulged in some heavy duty dialogue-baazi, case in point being Once Upon A Time In Mumbaai (which was again set in the 70s), it has been lapped up with open arms. For Sajid, the very package of Ajay, 80s situations and Kader Khan style of dialogues worked perfectly", the source continues.

"Why just single screen audience, I am sure even family crowds at multiplexes will go completely crazy with the kind of dialogues we have in the film. I have grown up on Kader Khan's highly dramatic lines and am sure that he would be very proud of what we have written. In fact if I get an opportunity, I would even walkthrough these dialogues with him", says Sajid Khan.

Those who have had a sneak peek at some of the spoken lines so far vouch for the veteran to approve. However we would love to see it for ourselves once the First Look is out.