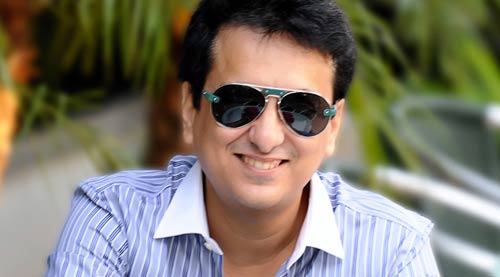 Kick is on a record breaking spree and for all involved with the film, there are reasons more than one to cherish and relish. However, none other than Sajid Nadiadwala is finding the film's success sweetest, what with a record coming to his name and that too after just a 10 days run.

That's because when Kick comfortably crossed the Rs.160 crore mark and that too within a week, he became the debutant director with biggest grosser to his name. While for a year and a half, it was Arbaaz Khan who held the record with his first ever directorial effort Dabangg 2 crossing Rs. 155 crores at the box office, Sajid Nadiadwala went one up, and that too by a distance.

This isn't all as the film has now crossed the Rs.200 crore mark, hence making Sajid the only debutant to hit a double century in Bollywood.

"More than anything else, I am happy to see the film doing so very well before as well as after the Eid. We took a conscious call to arrive in the Ramadan period and to still see Kick do the kind of business it has done is simply amazing. It has also broken quite a few myths and turned out to be a learning for the future too when it comes to planning a film's release," says Sajid, who stays on to be calm as ever, despite all the euphoria surrounding him.

While he is of course being modest here by not quite going gaga over his achievement, something which is also a core trait of his, the fact remains that Sajid Nadiadwala has beaten all odds to deliver a blockbuster with his very first outing, and that too in a 'masala' genre which was said to be losing its sheen with constant failures of many such films in the recent past. Still, for someone who has explored varied genres in 2014 itself with Highway, 2 States and Heropanti being his earlier productions and Kick adding on to it, the year clearly belongs to Sajid Nadiadwala.

The '200 crore question' now is to see the kind of distance that his Kick manages to cover from this point on. Will it cross Shahrukh Khan-Rohit Shetty's Chennai Express next? Quite likely! The answer to that would be known in a week from now.