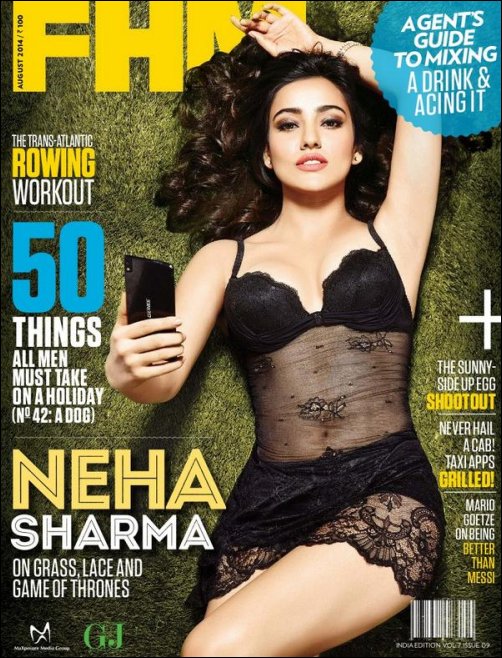 Neha Sharma, who made her debut back in 2010 with the Mohit Suri film Crook has been doing at least one film a year, her last film being the Jackky Bhagnani film Youngistaan. Despite her surprising absence from the limelight, the latest issue of men's magazine FHM features this beauty as their cover girl for the month of August.

Posing in a sizzling black bikini with a skirt, Neha Sharma is seen taking a selfie. Though this will not be the first time that Neha appears on the cover of FHM, her pose on the cover seems inspired from the magazine's earlier issue that featured Neha Dhupia in a similar pose taking a selfie. As for the magazine, apart from Neha Sharma adorning the cover, it also features an article on the actress talking about Grass, Lace and Game of Thrones.

Besides this, the magazine also features a guide on the 50 things that men should take with them before going on a holiday.