Well, the funny trailer of De De Pyaar De that sees Ajay Devgn return to comedy genre, has been receiving quite positive reviews. And what went viral post that was a dialogue used by the Bollywood superstar wherein he was seen giving the example of Saif Ali Khan and Kareena Kapoor Khan as the couple with a huge age gap. The dialogue was an integral part of the plot where Ajay was trying to convince his friend about him dating a girl who is almost twenty years younger to him. And it seems that Ajay had a chat with his Omkara co-star Saif Ali Khan before using it. 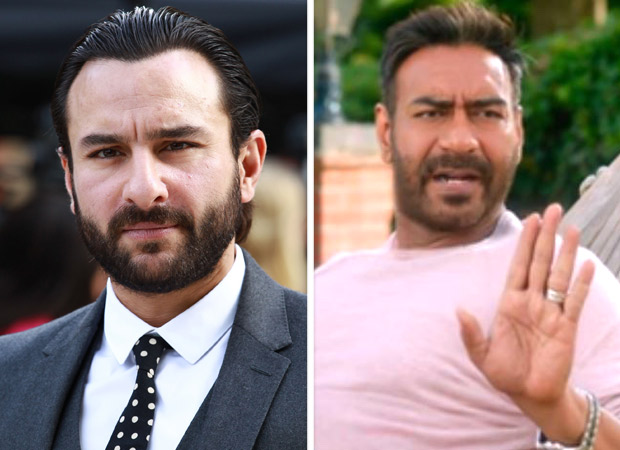 Speaking about in recent reports, it seems that Ajay Devgn wanted to run it through Saif Ali Khan before using it in his film. According to reports, the actor called up the Nawab of Pataudi soon after the trailer release to talk to him about using his and his wife’s name in the dialogue of the film. And we hear that Saif had the calmest reaction as he asserted that he is absolutely cool about it. The dialogue in question was, “Main duniya ka pehla aadmi nahi hoon jo apne se choti ladki ko date karni ki soch raha hai.” He further cites examples saying, “Michael Douglas and Catherine Zeta-Jones, George Clooney and his wife [Amal], Saif and Kareena.”

Saif Ali Khan and Kareena Kapoor Khan have an age gap of about 10 years and are happily married to each other. The couple also has a son named Taimur.

On the other hand, Bollywood has had many examples of couples in the past with massive age difference which includes Shahid Kapoor and Mira Rajput who are 14 years apart as well as Riteish Deshmukh and Genelia D’Souza who are about 9 years apart.

Coming to De De Pyaar De, the film features the story of Ajay Devgn who is 50 years old and falls in love with a 24 year old girl. The couple decides to meet the guy’s family and it also includes meeting his former wife and his kids. The film, directed by Akiv Ali and produced by Luv Ranjan, is expected to release on May 17.