Saif Ali Khan recently appeared as a guest on The Kapil Sharma Show to promote his film Bhoot Police. A new behind-the-scenes video was shared by Kapil Sharma on YouTube where Saif is seen expressing his disappointment. 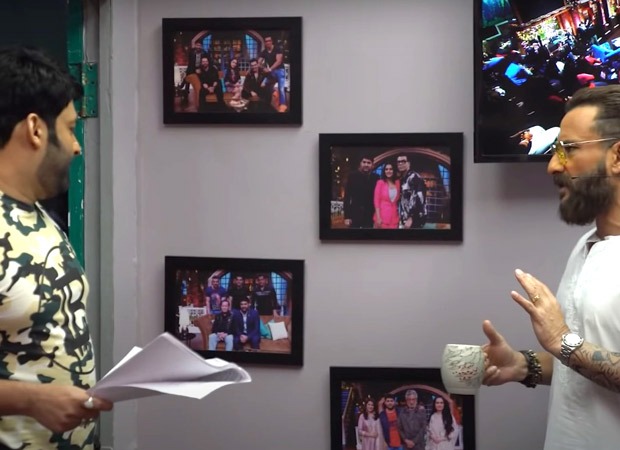 In the video, Saif Ali Khan along with his co-stars Yami Gautam and Jacqueline Fernandez are seen waiting in the green room for Kapil. Saif noticed that the walls of the room were filled with framed pictures of celebrities who had appeared on the show in the past.

Kapil Sharma's show is one of the most popular shows on Indian Television and a favourite among Indian celebrities to promote their films and shows. Kapil Sharma and his team returned in August after taking a long break. The upcoming episode will feature Vicky Kaushal.