Even though Alia Bhatt has been in the industry for over half a decade, the actress had not worked with her father Mahesh Bhatt until now. The filmmaker is returning to direction after two decades with Sadak 2 starring Alia, Pooja Bhatt, Aditya Roy Kapur, and Sanjay Dutt. The filming began earlier this year and the cast has already completed the second schedule in Ooty too. 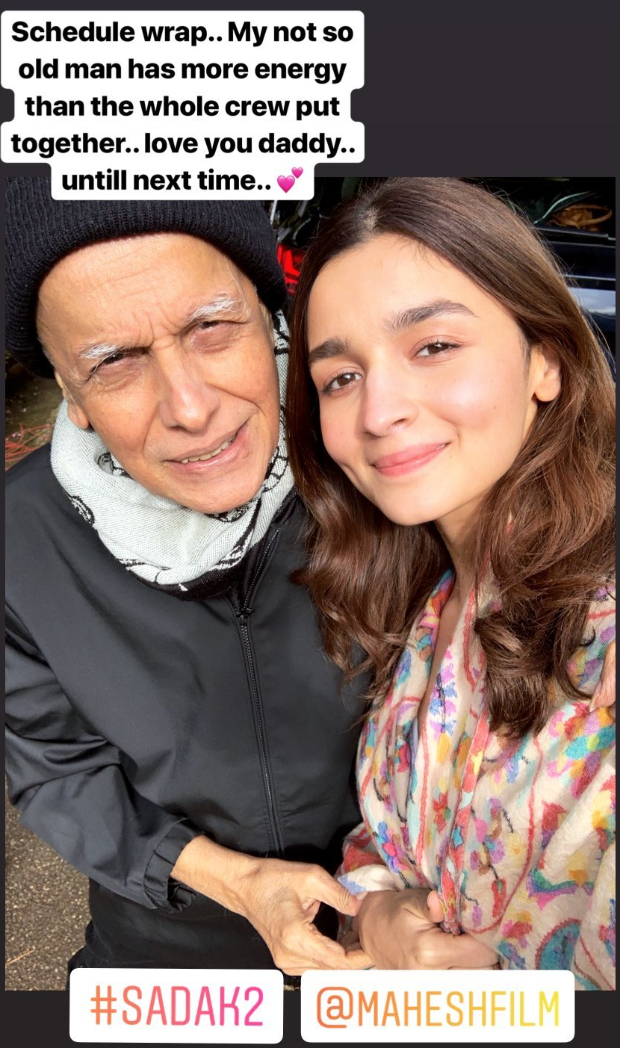 Alia Bhatt, on Sunday, announced the schedule wrap with a heartwarming post praising her father's energy. She posted a picture with Mahesh Bhatt on the Instagram story and wrote, "Schedule wrap.. My not so old man has more energy than the whole crew put together. Love you daddy. Until next time." In another post, Alia shared a photo of their footwear - Alia, Mahesh Bhatt and Pooja Bhatt. 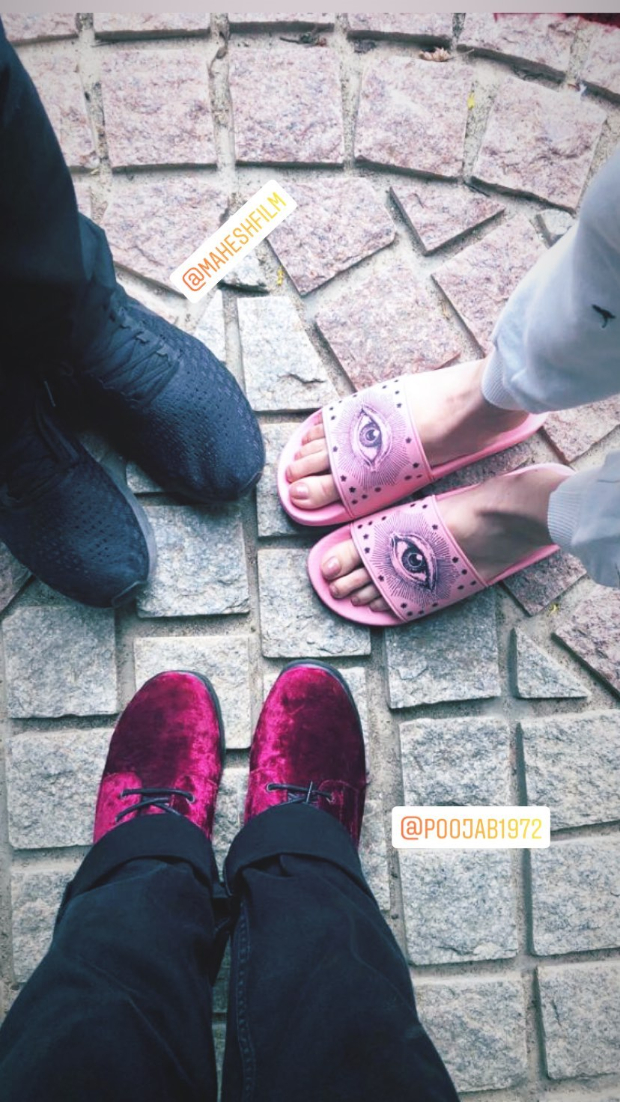 Just earlier this week, Mahesh Bhatt had posted a photo of all his daughters in the same frame with a caption that read, "Sometimes you will never know the value of a moment, until it becomes a memory."

Sometimes you will never know the value of a moment, until it becomes a memory.

Sadak 2 will also see Mahesh Bhatt and Pooja Bhatt collaborating after a long time with the latter also making a comeback in acting. The film will have Makarand Deshpande and Gulshan Grover as the antagonists. Sadak 2 will release on July 10, 2020.

ALSO READ: Alia Bhatt is all smiles as she hangs out with Pooja Bhatt and Shaheen Bhatt on the sets of Sadak 2