Alia Bhatt and Aditya Roy Kapur, after Kalank, will be starring together in the Mahesh Bhatt directorial, Sadak 2. The film also stars Pooja Bhatt and Sanjay Dutt who originally were the lead actors in Sadak. Now, the actors have begun the Mumbai schedule. 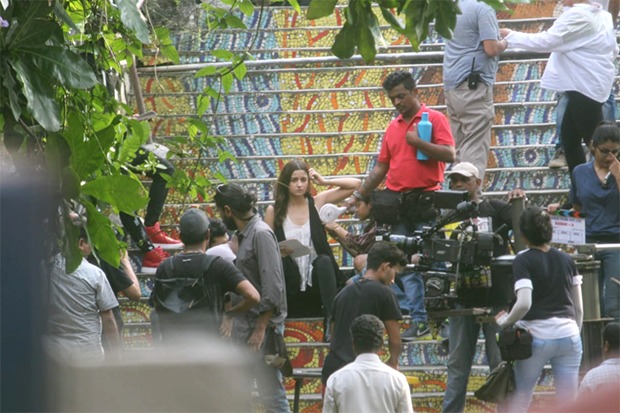 On Tuesday afternoon, Aditya Roy Kapur and Alia Bhatt were seen shooting some scenes near Mount Mary church in Bandra. Alia wore a white top and denims whereas Aditya was seen in a maroon t-shirt with a jacket and denims. They were surrounded by a big team while they got ready for their scenes. Mahesh Bhatt was seen explaining the scene to Aditya before they began shooting. 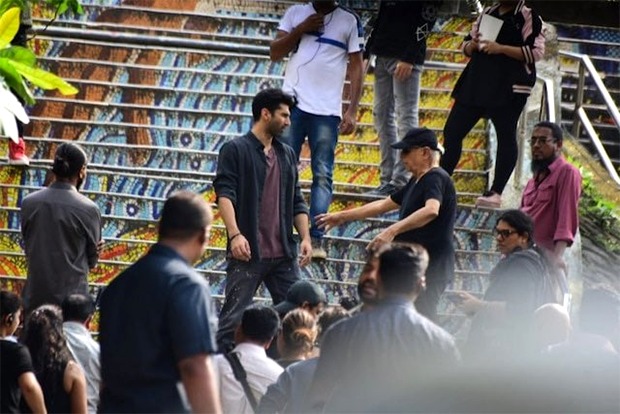 Sadak 2 will also see Mahesh Bhatt and Pooja Bhatt collaborating after a long time with the latter also making a comeback in acting. The film will have Makarand Deshpande and Gulshan Grover as the antagonists. Sadak 2 will release on July 10, 2020.

ALSO READ: Alia Bhatt looks ruminative in this latest still from the sets of Sadak 2