Last Updated 26.01.2022 | 2:33 PM IST
feedback language
follow us on
Bollywood Hungama » News » Bollywood Features News » RRR to be the biggest and widest Indian film release in the US

Filmmaker S.S Rajamouli who has made India proud with his last release Baahubali 1 and 2 is back with his next film RRR, starring superstars, Jr. NTR, Ram Charan, Ajay Devgn, Alia Bhatt, and Shriya Saran amongst other actors. The makers of the film are leaving no stones unturned to make this film reach as many people as possible. Apart from India, the makers of the film are aiming to release this film in almost 999+ multiplexes only in the US, bringing back the glory of Indian Cinema to the audience. 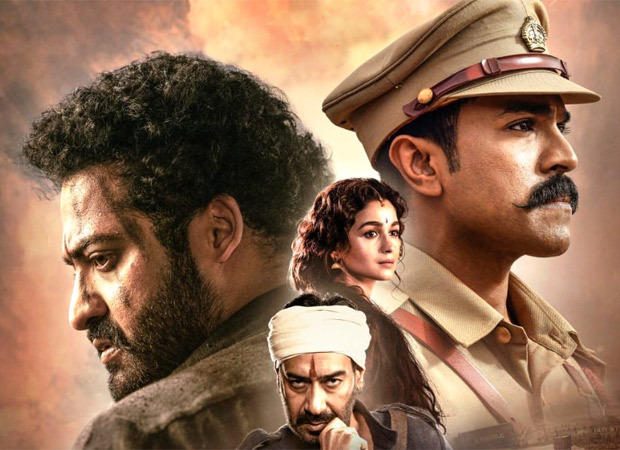 Sarigama Cinemas and Raftar Creations are jointly distributing the movie in the USA. The anticipation among the audiences has been increasing day by day not just in India but worldwide as it is the biggest action-drama to date. The makers of SS Rajmouli's Pan-India film 'RRR' have shared multiple assets including posters and songs with glimpses of Ajay Devgan, Alia Bhatt, Ram Charan among others. The film's trailer is also to be unveiled this month, on the 9th of December, followed by a grand event.

Post Baahubali's success, SS Rajamouli became a nationwide household name, he has made another film on a grand scale and is set to break many records. The movie includes a star-studded lineup besides lead actors Ram Charan and Jr. NTR. Ajay Devgn, Alia Bhatt, Olivia Morris will be seen in pivotal roles while Samuthirakani, Ray Stevenson, and Alison Doody join in as supporting roles. Jayanti Lal Gada of PEN Studios has bagged the theatrical distribution rights across North India and has also bought worldwide electronic rights for all languages. Pen Marudhar will be distributing the film in the North Territory.