Priyanka Chopra is just making headlines every single time after being spotted with Hollywood sensation Nick Jonas several times. The rumours don’t seem to stop as they are always on dinner dates or attending family gatherings. Now, Priyanka seems to have made it official when she secretly arrived in Mumbai two nights ago with her rumoured beau Nick sending the fans into a frenzy. Just a night ago, the duo stepped out of her Juhu residence for a dinner date at the suburban restaurant in Mumbai. Her mother Madhu Chopra and brother Siddharth Chopra also joined them. 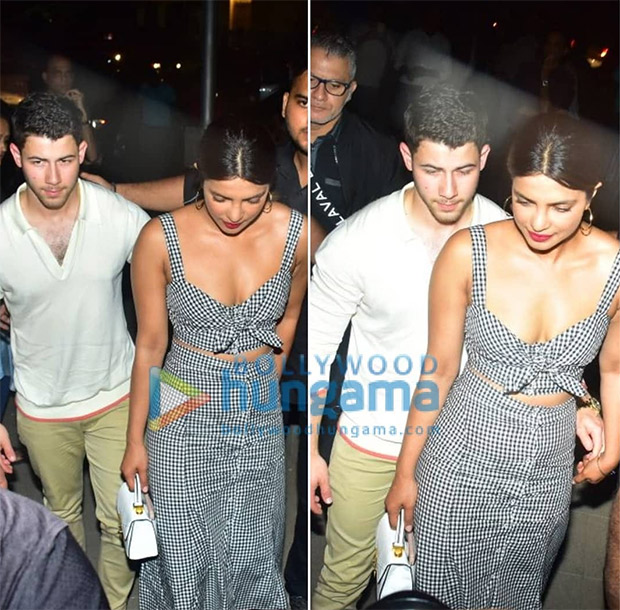 Last night, Priyanka arrived with Nick in the same car as the paparazzi shot every moment. They were smiling while enjoying a conversation. After stepping out of the car outside the restaurant, they were escorted amid heavy security. Nick held her hand while she walked ahead of him. Priyanka's mom Madhu and brother Siddharth also joined them for an intimate dinner.  Later, in the night, Nick and Priyanka were chilling in the balcony of her Juhu residence while she was enjoying the rains. Nick filmed her as she was smiling and laughing in the video. Sharing the video on his Instagram story, he simply wrote, "Her" and added a heart eyes emoji. 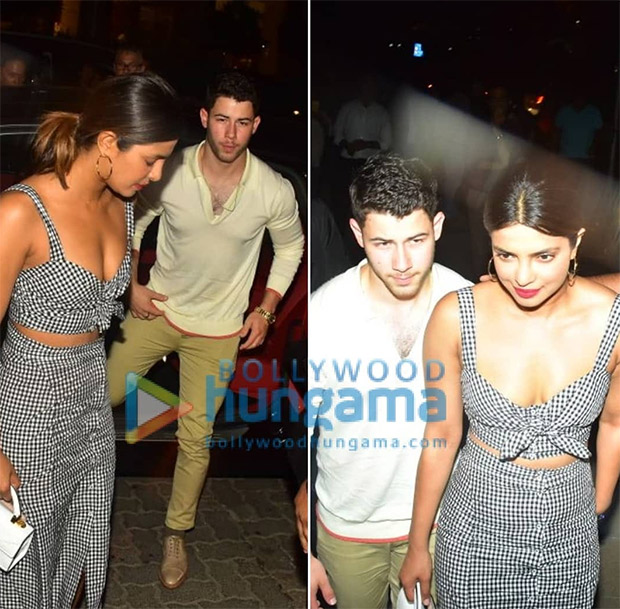 When Nick Jonas arrived in Mumbai earlier this week, it was rumoured that Priyanka Chopra got him here to introduce him to her mother Madhu Chopra and a couple of close friends. Also, some reports suggested that she wanted Nick by her side during her new housewarming grand party which will happen soon. 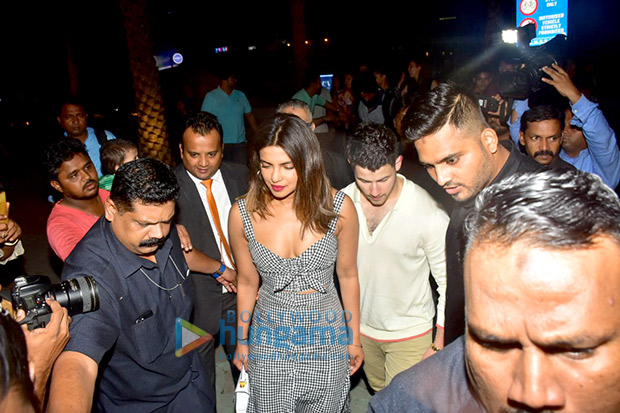 They were first reportedly spotted on a date night at the Beauty and the Beast Live in Concert at the Hollywood Bowl in Los Angeles on May 25. The next day, Priyanka Chopra and Nick Jonas watched the Los Angeles Dodgers baseball game and there was a video to prove that they came together. The following weekend, which was the Memorial Day weekend, the duo was spotted on a yacht with many of Nick’s close friends including Wilmer Valderrama, Glen Powell, and Chord Overstreet. Since then, they have been spotted on numerous dates in Los Angeles and New York. Nick Jonas almost made his relationship official with Priyanka Chopra after he took her as his date to his cousin sister’s wedding in Atlantic City in New York. While they are yet to make it official, they seem to be smitten by each other and the romance is definitely making the fans’ hearts flutter. 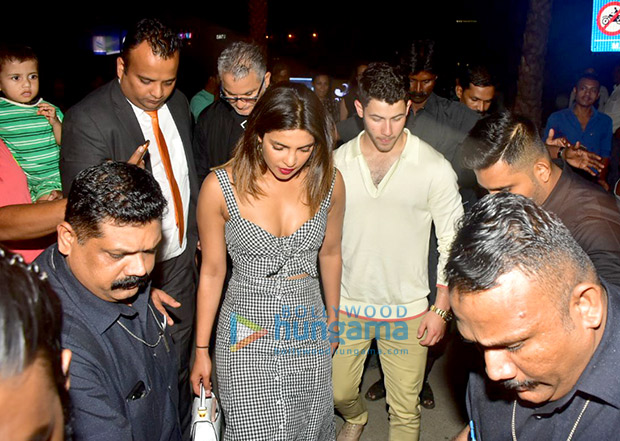 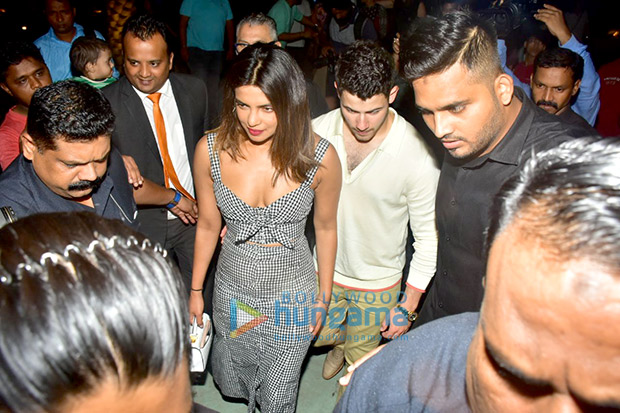 .@nickjonas shared the cutest video of @priyankachopra after the dinner date last night in Mumbai | @realbollywoodhungama

Also Read: Did Priyanka Chopra just CONFIRM her relationship with Nick Jonas by being his official date at his cousin’s wedding?